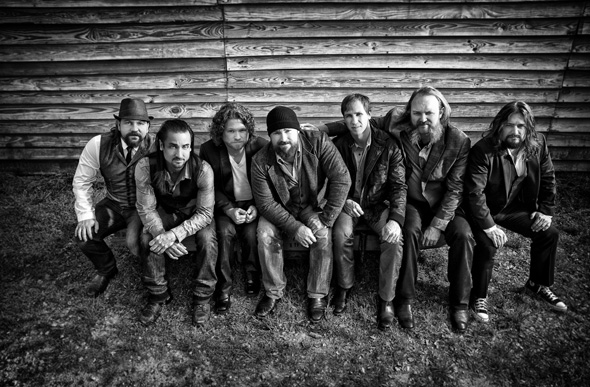 Multiple Grammy-award winning artists ZAC BROWN BAND today announced that they will play a one-off intimate club show in Sydney as part of their highly anticipated Australian tour this month. The US hitmakers will play their first headlining show at The Hi-Fi in Sydney on Wednesday 27 March. This is sure to be one of the hottest tickets in town.

Since the release of their double-platinum-selling debut album The Foundation in 2008, the seven-piece has been nominated for over seventy major awards, winning several including Grammy Awards for Best New Artist (2010), Best Country Collaboration with Vocals (2011) and Best Country Album (2012). Their genre-bending musical style incorporates Southern rock, reggae, jam-band, folk, R&B, country and blues into a unique sound fuelled by incredible musicianship, relatable lyrics and irresistible melodies.

Special guest for the show will be BUSBY MAROU. Rockhampton’s favourite sons, the duo released their self-titled debut album in 2011 through Warner Music and have already racked up a shelf of awards, including APRA and Deadly Awards. Tom Busby’s cheeky on stage presence and Jeremy Marou’s freakish musical ability on all instruments combined with cracking harmonies, breathtaking musicianship and a natural feel for each others guitars.