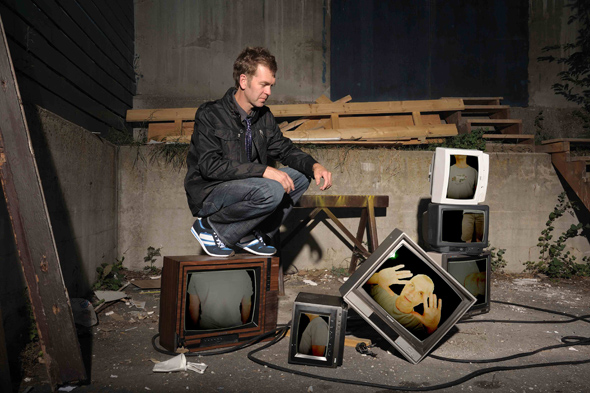 Over the years the infamous gigantic furry Technotubbies have graced the stages at Big Day Out and appeared along side the likes of The Prodigy, Chemical Brothers, Fat Boy Slim and Basement Jaxx. Having just performed at 2012's Homebake, pioneers of Australian electronica, sonicanimation are heading out on tour.

A reputation for energetic and frenetic live shows complete with dancing Technotubbies on stage, sonicanimation will be busting out tracks from their forthcoming album 'Once More From The Bottom'. Their first full length offering since 2006, the long player is a mish mash of breaks, guitar and fat synths.

The album set for release on March 8th, was recorded at Reiji Studios, Rossland, Canada and features first single 'I Will Be Twisted'. A classic break up story: the illustrious search for 'the one', the break up that leaves you realising your total inexperience with the world of dating and the happiness found upon giving up the search.

Back in 1999 the tongue in cheek dance duo that is Rupert Keiller and Adrian Cartwright released single 'Love Lies Bleeding' launching them into the eyes and ears of an unsuspecting Australian audience. Their follow up tongue twisting track 'Theophilus Thistler' choked the national airwaves soon after.

During sonicanimation's eleven-year stint the band won awards for Best Live Act and Best Video at Australia's Dance Music Awards and were also nominated for two ARIA's. Releasing five albums including the gold selling Orchid for the Afterworld as well as numerous EP's and 12-inch singles. sonicanimation also produced remixes for the likes of Icehouse, the Skyhooks and Kylie Minogue.

Continuing to create music that pushes the boundaries of dance music as we know it be sure to see sonicanimation live when they head out on tour through March and April...