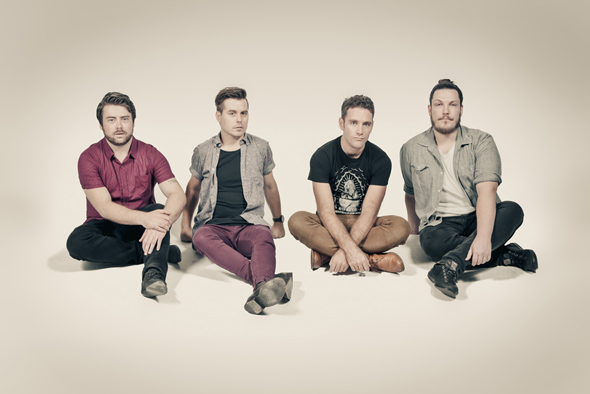 Brisbane's pop maestros HUNGRY KIDS OF HUNGARY are back! Sitting tight after kicking off proceedings with the release of two singles, 'SHARP SHOOTER' and 'TWIN CITIES', they've been building towards the momentous unleash of their second album – YOU'RE A SHADOW. Now clearly in sight for its February 22 release and having already garnered a few early rave reviews (including a four star from Rolling Stone Australia), the band is proud to announce their national YOU'RE A SHADOW TOUR.

The tour will be the band's first full national headline tour since their mega-selling THE FINAL ESCAPADES TOUR which, on the back of their acclaimed debut album, had adoring fans clambering for tickets to what became a SOLD OUT jaunt around the country. Slots on the Splendour in The Grass, Falls Festival and Homebake stages dazzled while Europe and the UK were also treated to a fully-blown tour, culminating in front of 10,000-odd punters at Pinkpop in Holland.

You're A Shadow marks a new phase for the Brisbane outfit whose four-part harmonies and intricate musicianship is highlighted like never before, overlooked by the loving ear of producer Wayne Connolly (The Vines, You Am I, Silverchair). Joined by romping Sydney quintet THE PREATURES and emerging Melbourne up-starts THEM SWOOPS, Hungry Kids of Hungary will be bringing this killer line-up and brave new direction to the big stages around the country.