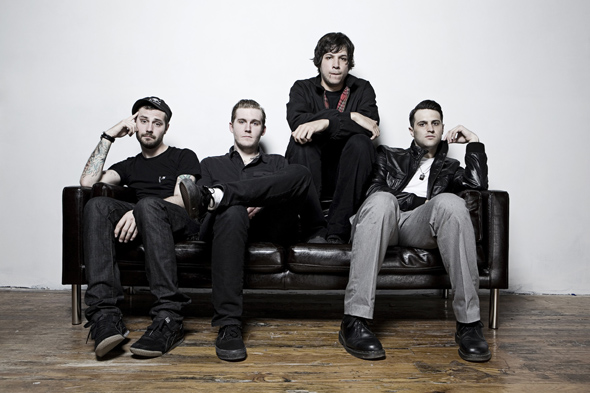 In a few short years, New Jersey quartet THE GASLIGHT ANTHEM have gone from punk rock bruisers to one of the most celebrated & prolific rock acts in the world today.

Wearing their influences as badges of honour, it was the release of 'The 59 Sound' that saw them create a monster that would go down as "one of the greatest rock albums ever crafted." - Sputnik Music

Continuing to raise the bar THE GASLIGHT ANTHEM have returned with their new album 'Handwritten', the most committed, affecting and compelling album of their career and the "record sounds goddamn phenomenal" - Alternative Press

THE GASLIGHT ANTHEM's live shows have reached epic proportions and now Australian fans will get their turn in the sun this May!

Tickets On Sale FEBRUARY 1 @ 9AM!
Need your live music fix?