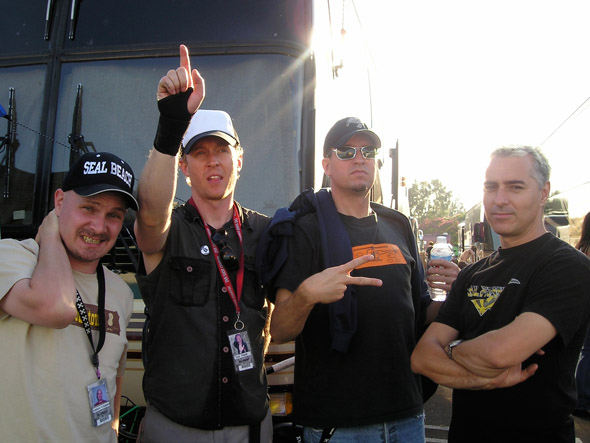 With 11 albums under their belt, and being one of the inspirational founders of the punk rock movement out of Southern California, THE VANDALS make their triumphant return to Australia in February. Not only will the lads be performing at the sold out Soundwave Festivals but they will also be joining BLINK 182 for their sideshows.

Rounding out this killer punk bill, British rock 'n' rollers SHARKS are a band with absolute heart that embellish their hardcore D.I.Y ethics with the raw power of the soul. With an explosive edge tempered by intricate riffing and hypnotic harmonies SHARKS are pure, poetic, and powerful.

With a catalogue of hits that make most bands run for cover, BLINK 182 will be delivering a show encompassing their storied career to date. It will also include songs from the new album 'Neighborhoods' which had Absolute Punk exclaiming "If every eight-year absence will spawn a great record like Neighborhoods, I think it's safe to say that I'd be willing to encounter the wait again."
Tickets On Sale NOW!
Need your live music fix?