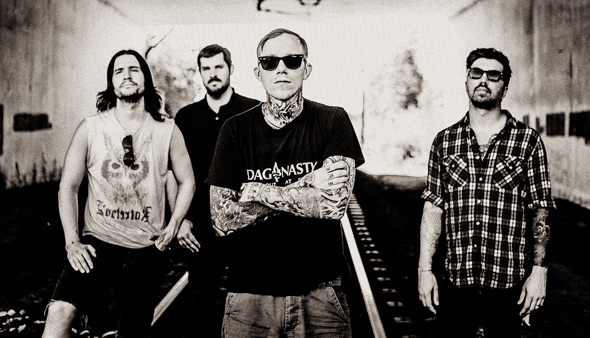 Heavy music's most established and innovative band, Converge will return to Australia in February 2013.

Considered one of the most intense, important, and influential metal/hardcore bands of all time, the band's latest album "All We Love We Leave Behind" is the most integral album to date in a catalogue that's celebrated to an almost religious degree by countless fans of punk, metal and hardcore.

Credited with giving rise to a genre and influencing countless bands all over the world, Converge have always been the type of band that never fit into one subculture, creating a sound that is entirely their own. The band attribute that to the fact that since their 2001 landmark album Jane Doe, they haven't had any member changes and maintain the unwavering individualism and uncompromising artistic vision they had when they formed over 21 years ago.

Search for I AM GIANT here.
Touring February