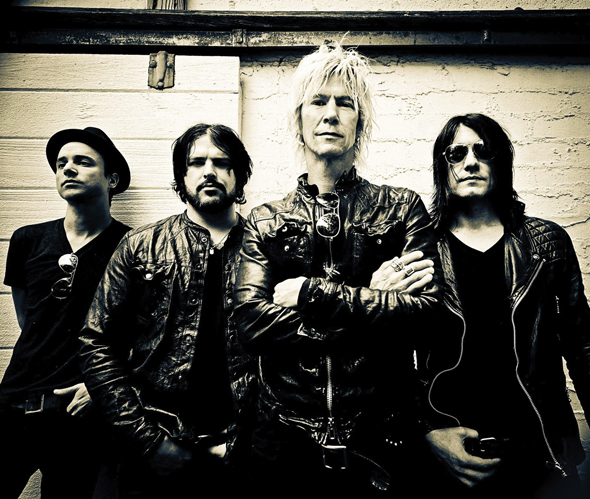 When names like Guns N' Roses and Velvet Revolver populate your resume, you have a lot to live up to on your solo releases. DUFF McKAGAN not only lives up to it, but has cemented his legacy as one of Rock's most unique figures.

DUFF McKAGAN and his gang have been building a sound full up with earthy ground and pound. Sure there's an undeniable streak of the platinum level hookery and crookery that took Duff to the very top of the candy mountain and this is nowhere more evident than his third album, 'The Taking'. They Will Rock You sum it up perfectly enthusing that it "provides the perfect soundtrack for a kicking, dragging, screaming return to the gutter so if you like your rock dark and dirty, this one is for you."

So long as guys keep thinking with their d*cks instead of their heads, and so long as beautiful women have the power to reduce men to drooling, deviant, irrational idiots, DANKO JONES records will continue to sound like DANKO JONES records. And we all know none of that is going to change anytime soon.

Tickets On Sale JANUARY 11 @ 9AM!
Need your live music fix?