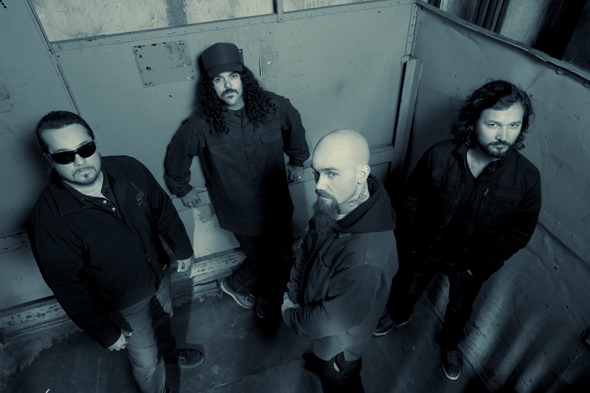 Fans had been lamenting the loss of Kyuss since the minute they broke up. When KYUSS LIVES last toured Australia fans spoke with resounding voice as we saw venues across the country whipping out the sold out sign in mere minutes.

In what is sure to be a stunning send-off, KYUSS LIVES will perform under that name for the final time ever during their Soundwave performances in 2013. They are coming back to Australia giving thousands of grieving fans a chance to see them on two very special Sidewaves. Get ready as KYUSS LIVES will be here to fuck shit up and fuck you up. Consider the rest history.

To make the night even more unforgettable RED FANG are joining the party. They are determined to trample the feeble rock world with the force of an ill-tempered wooly mammoth. Their unique brand of humour, catchy song writing and independent attitude are sure to turn a few heads in 2013 and beyond.

Tickets On Sale JANUARY 10 @ 9AM!
Need your live music fix?