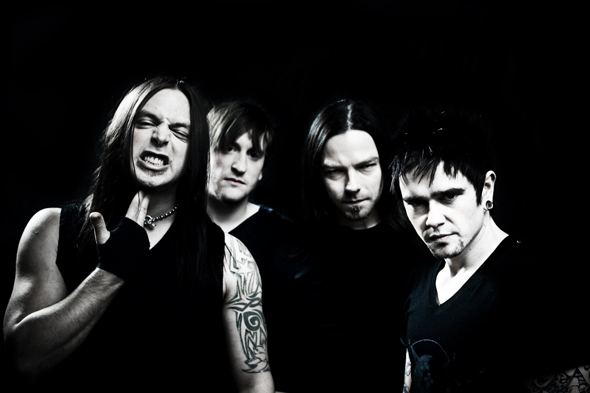 It is hardly a secret. BULLET FOR MY VALENTINE are this generations greatest exponents of metal. Not simply because of one, two or even three amazing albums destined to be classics in the genre; but also because of the manifest evolution - with each album pointing the way to peaks that remain beyond the powers of ordinary bands.

BULLET FOR MY VALENTINE have spent most of the past few years taking over the world with massive UK, European, U.S. and worldwide tours. With a brand new album, 'Temper Temper' about to detonate in February 2013, the boys are bringing their ferocious live show back to Australia. As part of their appearances at the sold out Soundwave Festivals they will be performing 2 intimate club shows... the bullets are launched... you have been warned!

Fuelled by a burning desire to rage harder, play louder, and have more fun than any other band, CANCER BATS are used to turning venues into rolling pits of punk rock hell and will no doubt "have the pit moving, and long-time fans thanking the musical gods that a band of this design continues to exist." - Killyourstereo. Ferocious front man Liam Cormier cannot wait, exclaiming "Australia is one of our favourite continents to RAGE! We can't wait to come back and go fuckin nuts!"

Rounding out this brutal triple bill is MISS MAY I. Upon first listen of their new album, 'At Heart' is the hallmark for a positively rejuvenated band acumen in delivering death-growls and vocals that practically guarantee the next stop on this journey is the stratosphere. Simply put, 'At Heart' is a bona fide quantum leap for MISS MAY I. Whether you're at the centre of your emotional being or stepping lively in the biggest mosh pit you've ever entered, one thing is certain: There will be blood.

People who had purchased tickets to the previously postponed CANCER BATS shows in July have reason to be jolly! Your tickets remain valid for this show so simply bring your ticket along on the night.