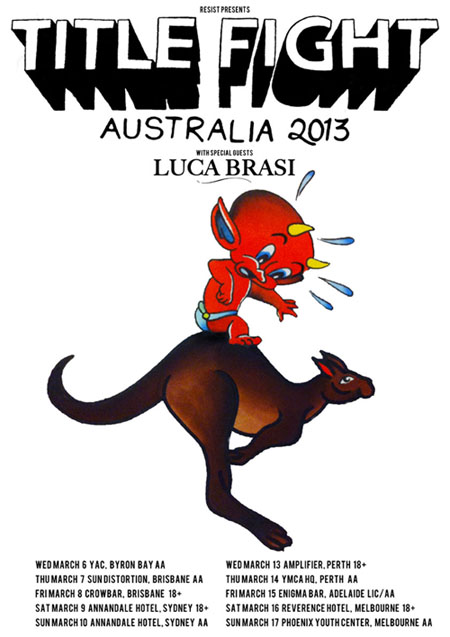 Musical trends come and go, but the bands who stick around are the ones who eschew whatever's popular in favor of playing the music that's in their hearts - and Pennsylvania's Title Fight are a perfect example of this. Originally formed in 2003 by guitarist/vocalist Jamie Rhoden and twin brother duo of vocalist/bassist Ned Russin and drummer Ben Russin when the trio were barely teenagers, Title Fight started as a way for these young kids to explore their burgeoning love of music. With the addition of guitarist Shane Moran in 2005, something funny happened: their tireless practicing eventually transformed them into one of the most exciting punk acts in recent memory.

As with everything Title Fight does, has done, and will continue to do, their new album "Floral Green" is an exercise in earnestness, of playing music and singing words that express, with absolute pinpoint precision, what is felt, and doing so in unguarded, unmediated, and unironic terms.

Having toured in 2011, Title Fight return to Australian shores in March 2013 for a more intimate tour.