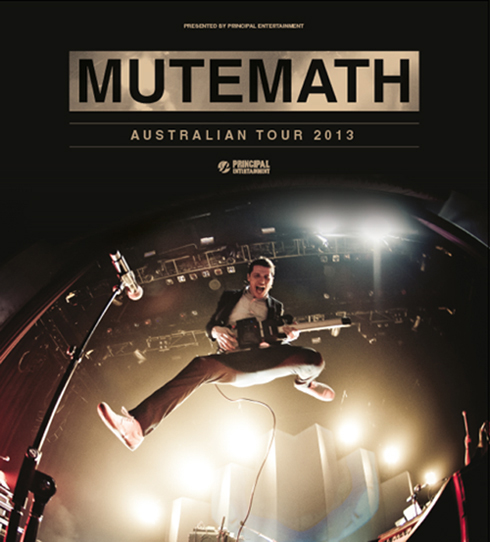 "MUTEMATH is one of the most exciting bands I've seen." Bernard Zuel - Sydney Morning Herald

After slaying Australian audiences and critics alike earlier in the year Mutemath are heading back to Australia in 2013 to road test songs for their next album and continue the love affair that has developed between this amazing band and the country.

During their string of sold out shows across the nation Mutemath stunned all with their amazing artistry and incendiary live performances delivering songs from their acclaimed 3rd studio album Odd Soul. On their return to what has rapidly become one the band's favourite countries to tour Mutemath will thrill fans with a preview of what is destined to be one of the most hotly anticipated releases of 2013.

Since 2006 and across three studio releases including their most recent 2011's Odd Soul, Mutemath have resisted the temptations of musical conformity and have forged their own adventurous brand of highly innovative and fearless rock music. Featuring Paul Meany (vocals/keyboards), Roy Mitchell-Cardenas (bass/guitar) Darren King (drums) and Todd Gummerman (guitar) Mutemath have forged a music model that is both thrilling and without compare, the most exciting part is that it has really only just begun.