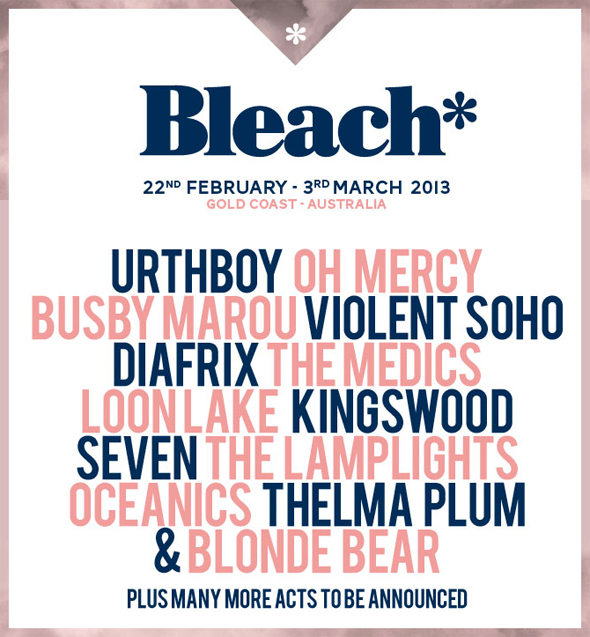 Unleashing an artistic tidal wave that will engulf the Gold Coast, Bleach* Festival will return from 22nd Feb - 3rd March 2013 to celebrate coastal culture with a series of indoor and outdoor pop up music & arts events and installations.

So what to expect? There’s lots still tightly under wraps, but we’re excited to share that the concept driving Bleach* 2013 is the festival will flow down the coastline like a wave, washing through infamous Southern Gold Coast surf towns like Currumbin, Tugun, Kirra and Coolangatta as it goes, while a stationary major central Bleach* ‘hub’ will remain in Coolangatta’s beachfront Queen Elizabeth Park for the duration of the festival.

Bleach* will also extend it’s geographical footprint in 2013, with Pre Bleach* weekend festivities on Saturday 16 Feb and Sunday 17 Feb in Burleigh Heads and Palm Beach. Save those dates!


Plus more to be announced!