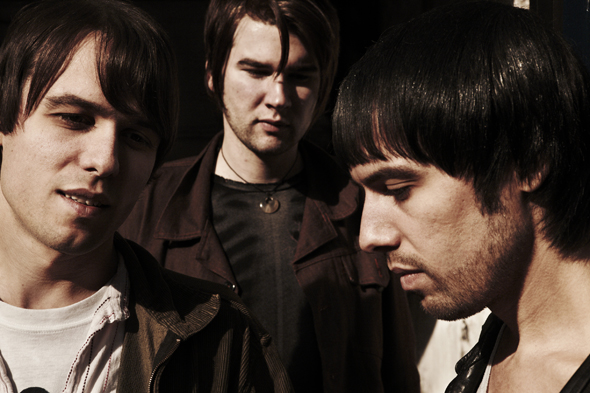 The Frontier Touring Company confirm that English band of brothers The Cribs are returning to Australia this January, bringing along their charming brand of garage rock.

Coinciding with their performance at Pyramid Rock Festival, the trio will be performing two rocking headline shows for lucky audiences in Sydney and Brisbane.

Music has flowed through the Jarman brothers' veins from an early age; the trio hosted their debut performance at a family party in the late 80s when twins Gary and Ryan were nine years old and younger brother Ross was just five.

Growing up sharing their record collections and musical icons, the blended influences of bands like The Beatles, The Smiths and Sex Pistols can be heard today in The Cribs' retro lo-fi style, bringing rock and roll back to its most fundamental elements.

The band's most recent accolade is the Spirit of Independence award, presented to them at this month's prestigious Q Awards. This joins the countless other praise that The Cribs have received, including being touted by Q Magazine as 'the biggest cult band in the UK'.

Over the years, The Cribs have earned themselves a loyal and passionate legion of fans. Their impeccable musicianship and relentless touring schedule has seen the band visit countless cities across the globe and play some of the world's most prestigious festivals.

Veterans of the Reading and Leeds Festivals, this year welcomed the trio's sixth appearance at the iconic British events. Despite the rain-drenched backdrop, The Cribs performed a red-hot set to an excited crowd of thousands:

'...The Cribs are having a tent party up the back of the field, banging through Hey Scenesters!, Men's Needs and an ecstatic Be Safe to a tent busy dancing itself dry.' – The Guardian

'It could be argued that they are Britain's biggest cult band and an hour slot isn't enough for them... The band therefore waste no time, blitzing through 'Come On, Be A No-One' while raw versions of 'Hey Scenesters!' and 'Mirror Kissers' ignite the crowd.' – Drowned In Sound

Recent additions to the band's live set are tracks from their fifth studio album In The Belly Of The Brazen Bull (out now through Liberator Music), including crowd favourites 'Come On, Be A No-One' and 'Glitters Like Gold'.

The album was largely recorded and produced by the much acclaimed David Fridmann (Weezer, MGMT, The Flaming Lips) and has been heralded as The Cribs' greatest release to date:

'The Jarman brothers' best album yet... The Cribs' hearts lie in the underground, but Gary, Ross and Ryan Jarman are too exciting and too downright brilliant at writing tunes to stay there.' – NME, 9/10

'An embarrassment of riches... This is their best yet and possibly the best of the year' – Drowned In Sound

The Jarman brothers make their long-awaited return to our shores this January, be quick to help ring in the New Year with one of Great Britain's greatest exports, The Cribs.