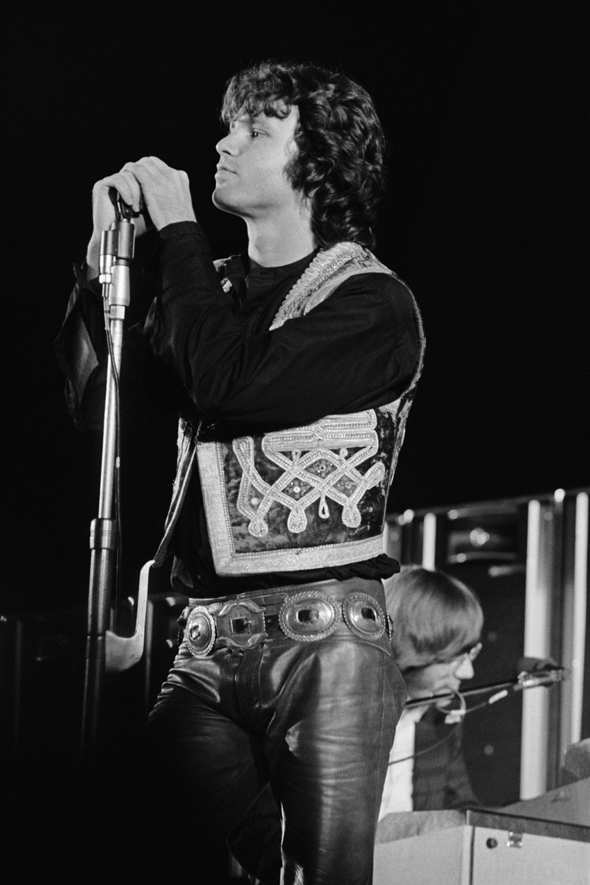 THE DOORS
Live at The Bowl '68 - Movie Competition!

For one night only, music fans can relive the magic of The Doors in the closest thing to seeing them live, on the big screen at Event Cinemas Indooroopilly and Birch Carroll & Coyle Pacific Fair.

The Doors Live at The Hollywood Bowl '68 for one night only on Wednesday 24th October will represent a unique opportunity not just for fans of The Doors, but for music fans everywhere.

With limited screenings across the country, fans of these celebrated 60s icons should get in quick to secure seats to this memorable movie event.

The Doors Live at The Hollywood Bowl '68 is widely held as the band's best performance ever captured on film. Now for the first time fans can watch the complete version in digitally re–mastered glory with 5.1 surround sound as the entire concert has been carefully restored from the original camera negatives to include the lost performances of Hello I Love You, Texas Radio and the Big Beat and Spanish Caravan. The film opens with a special feature of interviews with the band talking about what it meant to perform at the Hollywood Bowl and the enduring significance of this concert.

Jeff Jampol, The Doors manager and producer of the film said: "The Doors live performances were a shamanistic journey into dark rock and roll psychedelic theater – a swirling mixture of rock 'n' roll heat, poetry, danger, drama and unbridled musical virtuosity. Captured at the height of The Doors' magical powers, in one of the world's greatest venues, this brand new restoration, edit and mix, corny as it may sound, made me fall in love a hundred times, all over again."

Oztix has 10 DOUBLE PASSES * to give away to 10 very lucky people that can tell us their favourite Doors song and why! To secure these must-have passes to 'The Doors - Live at the Hollywood Bowl '68', all you need to do is email your answer to info@oztix.com.au - entries close Friday 19 October at 5pm!

* TERMS AND CONDITIONS
- Tickets must be taken as offered and cannot be exchanged, transferred or redeemed for cash. Profiteering from the tickets is a breach of supply and action may be taken if misused.
- Winners have a choice of the following cinemas for box office collection: Event Cinemas Indooroopilly and Birch Carroll & Coyle Cinemas Pacific Fair.