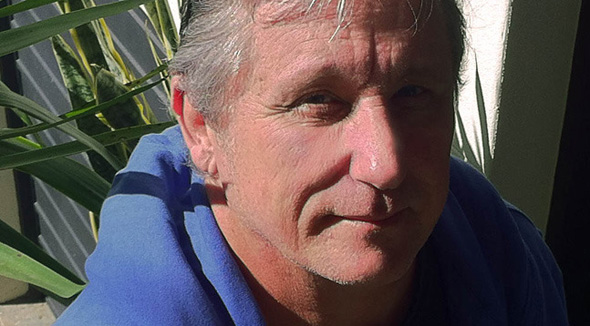 Brian Chladil is a music industry "lifer", his reputation cast in events and artist management. To his friends and associates, he's simply known as "Smash" - a nickname which has stuck since his roadie days. "When I was young," he explains, "I had seven motorcycle accidents in one year. I didn't break anything."

Perhaps "Lucky" would be just as appropriate. One of Chladil's ventures, Oztix, has become Australia's largest independent ticketing business. In less than ten years, Oztix has grown from an idea into one which shifts more than a million tickets each year. It started with four staff, and now it employs 40. Oztix' clients include Big Day Out, Soundwave, Harvest, Falls Festival and Peats Ridge. Chladil is at the helm of the Ticket Solutions group, which owns and operates Oztix incorporating Heatseeker and NZTix, plus the affiliated event management firm Media Rare and the online tourism booking platforms BookConfirm.com and Bookconfirm.Thailand.

How did Oztix come about?
Oztix started because I was running events like Livid and BDO and I could see that ticketing was moving online. On the suggestion of my partner Alex (Bamber), we looked at it and thought maybe there's a market not being serviced. The big companies go after the big fish. If you're a little fish you don't get looked after. We were first to market with the "white label" idea. Thanks to technology, venues were able to ticket themselves. They made a revenue stream out of it, and they got to build their own database. And they didn't have to invest in building the whole infrastructure in their back end; that's what we provided for our clip. We don't have a traditional corporate structure within the group. We're structured to our staff's strengths and abilities. We're not a traditional hierarchical top-down system.

Technology must be one of your greatest challenges.
We've seen a massive move from online to mobile devices. I'd guess 50% of all our tickets are now sold from a mobile device. We've got some markets which are 80% mobile devices, 19% Internet and 1% retail. We've got this legacy business where we've got to service all these different markets with all this different technology. That's a big challenge. Right now if we have to roll out a new feature, there's probably 200 different versions of web browsers we have to test it on. That's really tough if you want to roll out a new feature quickly. All up, about 85-90% of our sales are digital. Running the ticket business is bloody hard and complicated.

What lessons are you learning from the metrics?
It's all about the genres. When you give people the option to get a free digital ticket or pay to get a hard copy mailed out, the rock ‘n roll fans will pay for it. They want a memento of the experience. Anything to do with beats or dance music has a really high level of Internet or mobile-device enabled customers. We're selling more tickets than ever before. In Australia, there's only so many dollars to be spent on tickets. There used to be less shows and bigger numbers. Now there's more shows with less numbers. But it's still the same amount of money.

The ticketing space has traditionally been about Ticketek, Ticketmaster and the rest. What does the biz look like now?
Going back nine years, those two dominant players basically had a box and you had to fit into it. If you didn't, it was bad luck. Our view was, we don't have a box. We'll work with you in whatever our clients want. Foxtix is taking on Ticketek and Ticketmaster on a corporate level. There's also a whole bunch of entry-level players. It's difficult because those guys think they can do it cheaper, and they promise the world. But they can't deliver and go bust. For us, ticketing is all about holding the consumers' money. You're not holding the promoter's money. Under the law, we have to give it back to the consumer if the promoter doesn't give the customer what they paid for. The problem with these independent players is that they give promoters access to the money, which belongs to the consumers. That's the structural weakness in the business. Because once somebody really messes up with that, the government will come in and change the laws and then unfortunately there will only be a number of companies standing. And that's no good for competition.

What's your take on the live biz at the moment?
There was a structural adjustment in the festival landscape. There was too many festivals, but it's cyclical. We're at the bottom of a cycle, and it's going to come back around and come back up. Last year was the bottom of the cycle. Next year you'll probably find another drop in prices too, because promoters are being more market conscious. The other thing is the strong Aussie dollar; that keeps ticket prices down.

Where do you see the ticketing business heading?
Paperless ticketing is here. And its here to stay. There will always be a market for good, old-fashioned tickets. Because music-loving people love having that ticket in their hand. The Internet is changing everything. The whole concept of capitalism is being threatened in a way, because the people can find out what everything is worth. Everything is becoming more transparent.