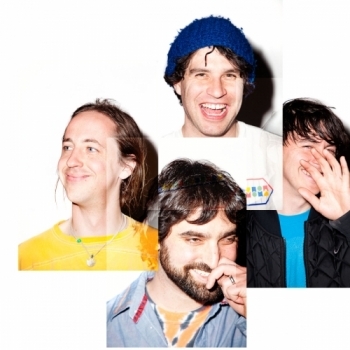 Animal Collective have taught us to expect the unexpected across ten albums and more than ten years.

Already announced for Big Day Out, the enigmatic quartet will bring their live show to Sydney's Enmore Theatre and Melbourne's Palace Theatre, making their first visit since their last sold out tour three years ago.

Though they've circled the globe, in 2011 they would find themselves home again - regrouping to write their latest full-length, the newly released Centipede Hz in their native Baltimore. It's the first album since 2007's Strawberry Jam to feature all four original band members: Avey Tare, Panda Bear, Geologist and Deakin.

Bursting with textures - radio snippets, advertising samples, broadcast static - and with a newfound rhythmic immediacy, Centipede Hz is enamoured by experimentation, with Rolling Stone noting of the album, "Something this inventive should be heard by everyone," and the NME writing, "Vital, gritty, raw and live, Centipede Hz feels like another step forward."

Setting ecstatic visuals to their stream-of-consciousness set lists, the band's sensory live performances aim to stimulate - stitching brand new sounds with the familiar, the wild with the serene, and moments of pop perfection with a trademark chaos.