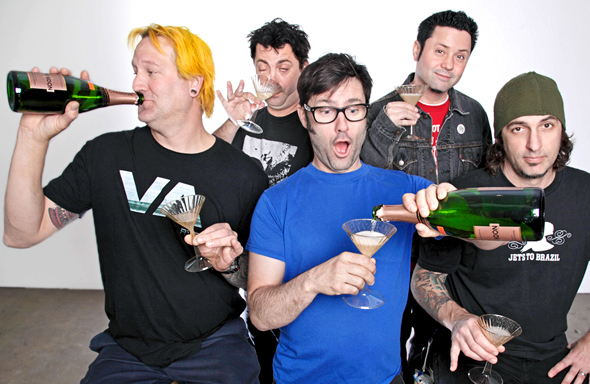 Lagwagon is gonna be touring Australia and New Zealand, getting 'back on the wagon' so to speak (heyo!), so don't miss 'em when they hit your town!

The first band ever signed to Fat Wreck Chords and the definitive act on the label, Lagwagon were pioneers in creating the now-famous 'Fat Wreck sound' with their speedy drums, guitar virtuosity and undeniable melodies. They've influenced hundreds of thousands of kids, been around the world more times than Ferdinand Magellan and twisted and redefined themselves over the course of a career that spans almost twenty-five years.

With 141 songs being polished up and set loose on the world, expect some real dusties alongside all your favorites as they will only be playing the classics!