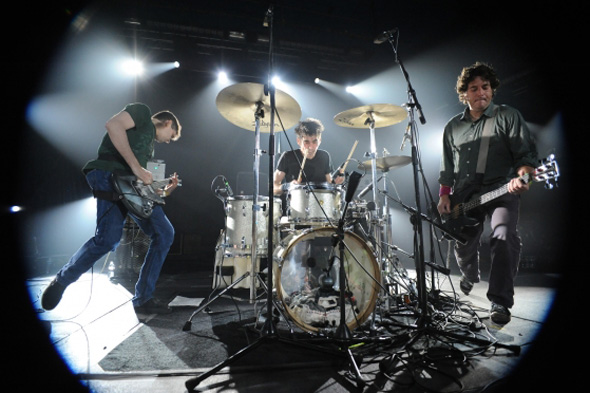 Already announced for two nights at the Hi Fi as part of Melbourne Festival (which sold out in just 48 hours), Shellac will also embark on a national tour hitting up Hobart, Brisbane, Perth, Adelaide and Sydney. All the tour dates and details below.

Shellac was formed when Bob Weston moved to Chicago and joined drummer Todd Trainer and guitarist Steve Albini in 1992.

They played their first shows in Chicago in 1993, and first out of town shows later that year in Australia, Japan, and New Zealand. This will be the band’s first trip back to Australia since 1993. The flights are pretty long.

Since then, the band has released 4 LPs and a few 7-inch singles. The most recent LP, Excellent Italian Greyhound, was released in June of 2007. All of Shellac's records are available from Touch and Go Records, Chicago.

"We all work for a living and the band is our pastime, so we don't tour often or for very long. Concerts and touring have no correlation with album releases, but we tour when we have the time and inclination. We love playing music together. The band will continue to release albums and play concerts at the same sporadic pace indefinitely." - Shellac