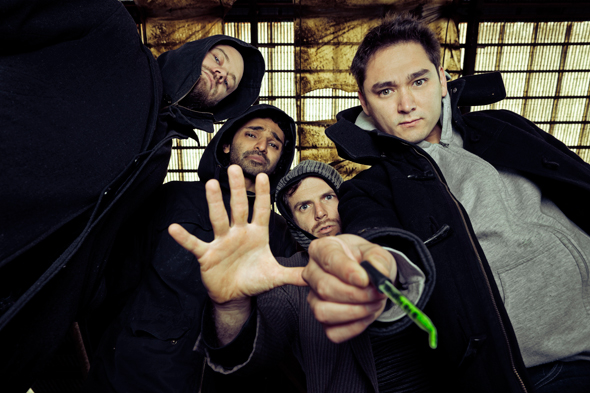 Liberation Music are jubilant to declare September 21 as the release date for TZU's fourth studio album, Millions of Moments. Following the album's release, the band will hit the road for an extensive tour that will see them traverse our great land from coast to coast.

A colourful assembly of original and charismatic tunes, Millions of Moments sees TZU delving further into the electronic direction they explored on their last album, Computer Love. With influences from Burial to Hot Chip, the new album highlights their continued maturity and growth as one of Australia's most innovative and creative bands whilst retaining their trademark sense of TZU fun.

A collection of stories, these 'millions of moments' are set in Australia at vastly differing times. The narrative follows the adventures of Persephone. Our mysterious protagonist trials a drug called Chronos, which sends her hurtling through time (Doctor Who style) to inhabit the consciousness of an array of alluring folk. From a ghost story set in colonial times, to an 18th century stalker, from an end of the world apocalypse, to a love on the brink of destruction, Millions of Moments taps into points in time and history that weave the tapestry of our very existence (and then some).

The first taste of the album, Beginning of the End enjoyed widespread praise from fans and critics, with strong support from Triple J and community radio, along with V and rage.

On August 6, the band will reveal their second single, Beautiful. The track showcases some of the new techniques they've honed on Millions of Moments. The wistful, yearning lyrics of Beautiful (the aforementioned colonial ghost story) contrast seamlessly with booming hip-hop beats and bold dubstep-infused melodies. This is TZU with a daring new front.

No strangers to the touring arena, TZU always deliver live. They have performed at all of the major Australian music festivals over the years, including Falls, Meredith, Big Day Out and Pyramid Rock. Their last tour saw venues packed out nationwide. With the band showcasing new material this Spring along with many classics, the Millions of Moments tour will be no different.