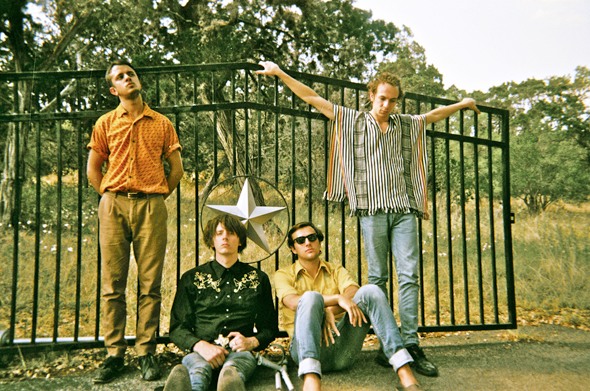 London based group Mystery Jets return to Australian in support of new album 'Radlands'. Mystery Jets have already been announced on the gigantic Fat As Butter Festival line-up, and now have announced headline shows across Perth and the East Coast.

Hailing from West London and three albums down the line, Mystery Jets have accrued success in abundance with their own quirky pop sound.

Their fourth album 'Radlands' saw the band relocate to Austin, Texas for the recording, which and was co-produced by Mystery Jets and Dan Carey (Hot Chip, Franz Ferdinand, Emiliana Torrini).

"Their boldest and most fantastically frisky record to date." The Fly (UK)