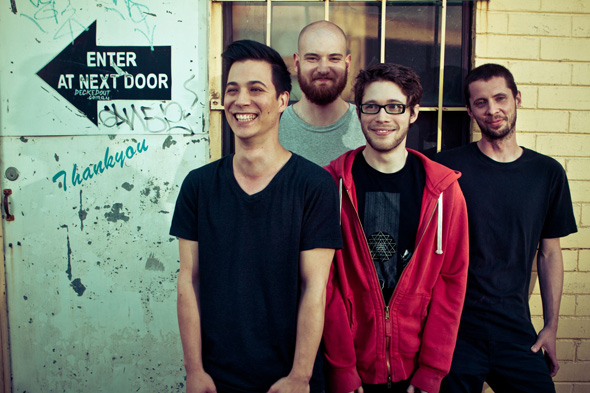 sleepmakeswaves
The 'Now We Rise and We Are Everywhere' Tour

After a massive 2012, which has seen them tour Australia, the US and Europe, sleepmakeswaves have announced a national headlining tour for September.

Taking in 6 states, the 'Now We Rise and We Are Everywhere' tour will take the band's epic and climactic live show around the country. Sleepmakeswaves' moving instrumental rock has earned them a dedicated following and supports with major acts including Karnivool, Boris, Mono and Russian Circles. Their jam-packed international touring schedule follows the success of their debut album "...and so we destroyed everything" which has been featured on national and international radio (triple j, KOOP and the BBC) and named in year-end lists including Drum Media and Sputnik.