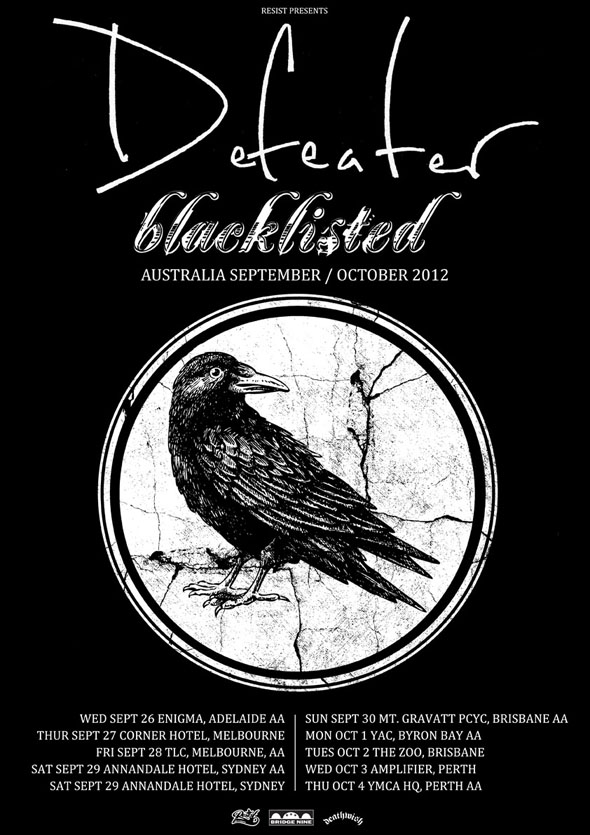 Massachusetts band Defeater will return to Australia this September just over a year since they were here last. Defeater will be joined by none other than Philadelphia's ever evolving Blacklisted, touring Australia for the first time since 2008.

Defeater are a band that play by their own rules; they write narrative songs about fictional characters, release concept albums, mix melodic hardcore with acoustic ballads - all the while tapping into issues such as social awareness and environmental activism. Since their formation over four years ago, Defeater have released two full-lengths (2008's Travels and 2011's double-LP Empty Days & Sleepless Nights) and an EP (2009's Lost Ground) that all follow a story-telling songwriting style the band has developed about a family set in post-WWII America in a working class town in New Jersey.

Equally as individual as their tour partners and existing as a potent amalgam of individual tastes and varied interests Blacklisted have shaken off the perceived limitations of their alleged genre and begun their own ascension. Their sound is no cliched excercise in the well-worn realm of post-Hardcore. It is no less than the melody of a band hitting it's stride and not looking back.