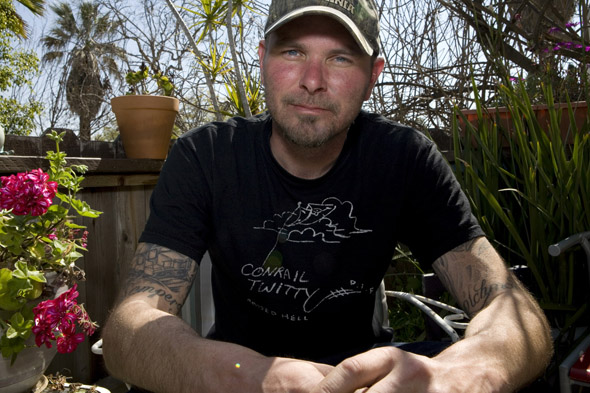 A few years back, singer-songwriter Tim Barry closed out an album by pondering his own death - and he didn't seem to mind leaving this earth too much. "Take what you want/I won't leave much," he sang.

2012 finds him in a very different place. Themes of resilience and hope flow through Barry's recently released new record, "40 Miler," "If this record is uplifting compared to my old ones it's because I feel stronger from all the beat-downs and shit I've taken in the past," says the Richmond, Virginia-based artist.

Kicking around the musical underground for nearly 20 years, first as the front man for Virginia punk heroes Avail, and more recently as a singer-songwriter Tim Barry returns to Australian shores this August where he will be joined by special guest Josh Small.