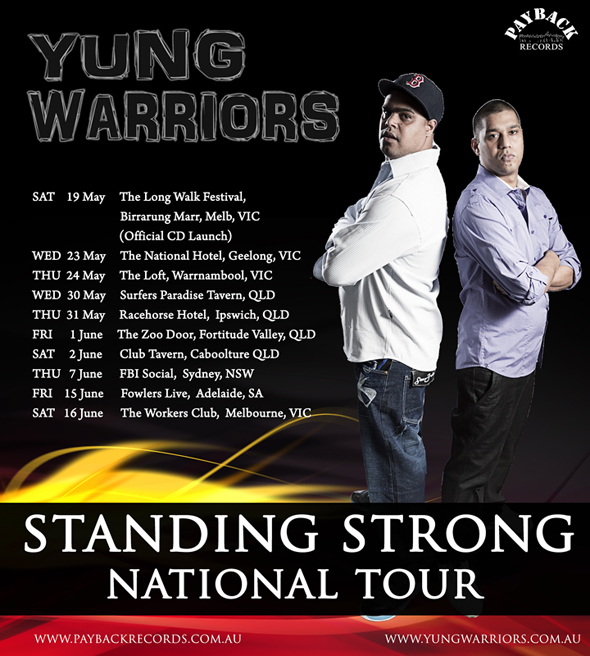 Australia's rising Indigenous and hip hop music ambassadors' The Yung Warriors' will be embarking on a national tour commencing in May to support their new album which will be officially released on the 18th of May and launched with a headlining showcase at the 'Long Walk' festivities after being invited to perform by the AFL.

Fresh off the back of dates with American Hip Hop Heavyweights D12, St.Kilda Festival and a US showcase in 2011, The Yung Warriors have just had their new single 'Standing Strong' added to Triple J rotation are ready to hit the road in support of the Standing Strong album release.