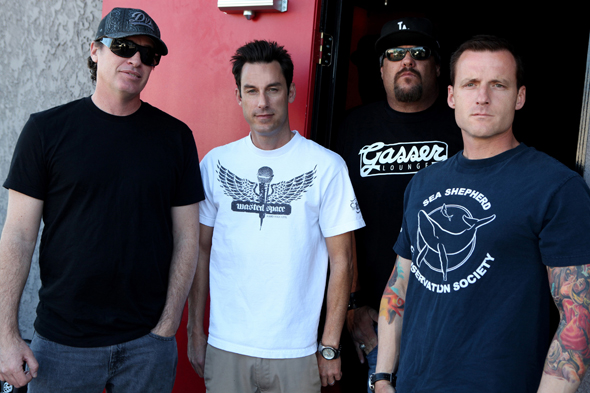 "The crowd's energy could barely be contained, and the floor erupted into a massive pit right when the curtain opened. Nothing could be more punk rock." - artistdirect.com

PENNYWISE are one of the most significant bands to emerge from SoCal.

A thriving, ground-breaking punk rock band for two decades, the Hermosa Beach group's relentless, in-your-face, middle finger in the air, anthem-chanting sound has never wavered. In fact, they have just created their most ferocious, engaging and career defining album to date in All Or Nothing.

And just to prove that their live shows have lost none of their legendary vitality for which they are infamous, PENNYWISE have invited 2 of the most talked about rock bands of the new crop to test themselves against!

Philadelphia natives, THE MENZINGERS have been turning heads in the punk world. A mixture of catchy punk rock and honest lyrics THE MENZINGERS are raw, rough, and bluesy.

British rock 'n' rollers SHARKS are a band with absolute heart, that embellish their hardcore D.I.Y ethics with the raw power of the soul.