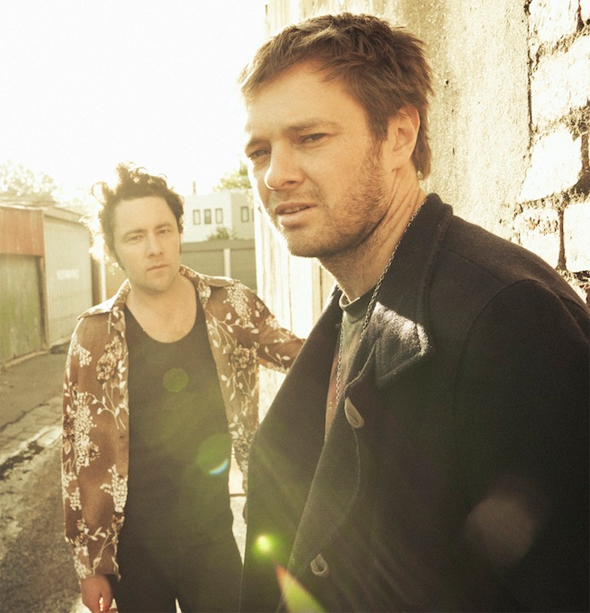 CHILDREN COLLIDE'S third studio album MONUMENT was released to barrage audiences a mere three weeks ago. To follow CHILDREN COLLIDE will take to the road as they do so well to bring fans a hefty chuck of their new record, performed live. . The lengthy 19 DATE NATIONAL 'MONUMENT' TOUR ventures out through August and September.

Presented by triple j, Channel [V] and Music Feeds THE MONUMENT TOUR will take in all Australian capital cities as well as a swag of regional centres including BUNBURY, LISMORE, TOOWOOMBA, BYRON BAY, ARMIDALE, WINDSOR, BATEAU BAY, WOLLONGONG, WAGGA WAGGA, ALBURY, SHEPPARTON & GEELONG. Supports for the tour will be announced in the coming weeks with all tickets to go on sale at 9am, Thursday May 24.

With single tour in support of SWORD TO A GUNFIGHT being drummer Ryan Caesar's final jaunt with the band, it is now the time to look ahead. Drumming duties on 'THE MONUMENT TOUR' will be undertaken by good mate, Melbourne local and former Dardanelles drummer Mitch McGregor.

Another big announcement from the CHILDREN COLLIDE camp is the news that frontman JOHNNY MACKAY will relocate to New York City; where he will set up home base, begin writing new material and indulge in the NYC lifestyle for the foreseeable feature. Listeners need not fear however, as Mackay will return home for 'THE MONUMENT TOUR' and other band engagements throughout the year.

Last Friday saw the release of the official video for the current single from MONUMENT; CHERRIES. This eye popping visual piece was compiled using fan-shot photos captured on the SWORD TO A GUNFIGHT tour and submitted online.

CHILDREN COLLIDE look forward to the next thrilling chapter for the band, the exciting prospect of an imminent tour.

Search for THE BUTTERFLY EFFECT here.
Touring May - June

Search for THE MISSION IN MOTION here.
Touring May - June