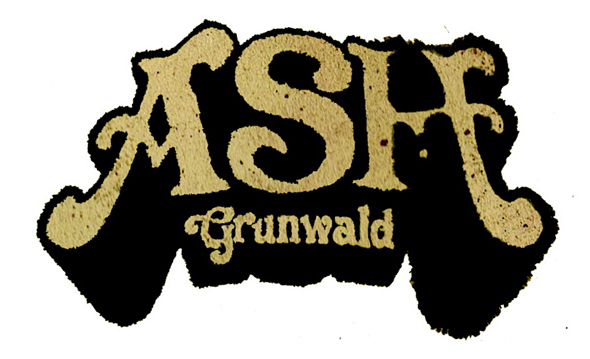 The release of his brand new album Trouble's Door is the solidification of two years of change for Ash Grunwald personally and a reflection as well of the shifts in the world around us. Since 2010's award-winning album, Hot Mama Vibes, Ash Grunwald life has been sizzling. After years of surfing the arctic waters of Victoria, Ash bundled up his two main ladies - his beautiful wife and cheeky daughter - and headed north to the warmer shores of NSW. His track 'Walking' played a starring role in the Hollywood movie Limitless, new friendships were formed with Kram from Spiderbait and Vika and Linda Bull and a new home with a new home studio were built, from which was birthed his brand new album Trouble's Door.

In the new songs, Ash - along with his good pal and dubstep sideproject partner, Fingers - has created his most internal album to date, one that found life through the fiery breath of injustice; the frustration of severe political and environmental mismanagement 'It's some of my most personal songwriting,' Ash says of Trouble's Door. 'I had just done a benefit gig to stop coal seam gas mining. There were other issues going on at the time, you can take your pick really, and it occurred to me that our system just doesn't work. We are experiencing the result of rampant unchecked capitalism.'

Ash doesn't pretend to present answers, Trouble's Door merely mirrors the modern twists and turns on the same old lesson never learned: a Government's willingness to trade the future for a dollar. But as is the case with the music he loves so dearly, it's technology that has breathed new optimism into the age-old tale. 'One positive thread is the democratization of digital communications. I had the experience of being on a surf trip in west Timor on a sail boat that was made the traditional way, with wooden nails and having to haul the anchor up as a group! While I was there I received an email from a friend about the lock the gate campaign. It explained the exponential potential of each person passing it on and it made me realize that we really do have the power to reach each other en masse, regardless of geography or traditional media coverage. The implications of this are cause for optimism, as long as our apathy doesn't stand in the way.'

Ash Grunwald has acted. Bringing together a record that serves up a cross-section of what it means to be living on a planet in constant balance between hope and despair, all the while striving to fulfil the greatest mission of all - the presence of great times and the possession of a happy heart.

Trouble's Door touches on the strength that now lies in community to keep each other informed no matter who we are or where we live. And just like the light and dark of the words, the music itself traverses many tales; the blues propelled by driving dancefloor rhythms, buoyed by hip hop beats and slammed by the dubstep crunch. Naturally.