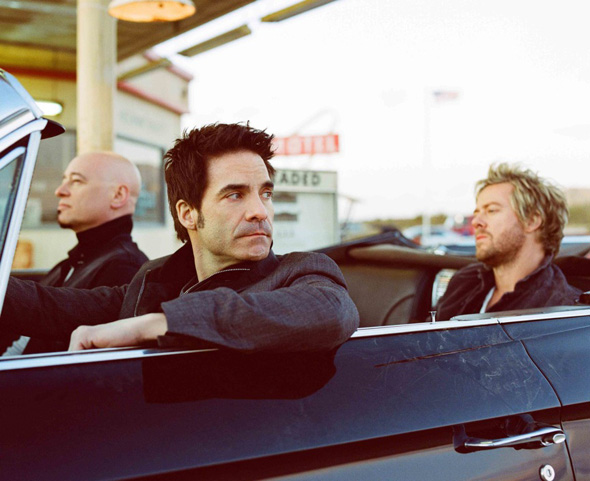 Multi-platinum US rockers Train are thrilled to announce a series of Australian shows this June, ahead of the release tomorrow of their sixth album 'California 37'.

Train will kick off their east coast tour at Sydney's iconic Opera House before heading onto Melbourne and Brisbane.

Train release their latest album 'California 37', through Sony Music, April 13. The album features eleven tracks written over the course of the last three years, including the lead single 'Drive By'.

Formed in San Francisco in 1994, Train have made their mark over five albums and hit singles including the Grammy Award winning 'Drops of Jupiter' which remained in the US Top 40 for nearly 40 weeks, and charttoppers 'Meet Virginia' and 'Calling All Angels'.

The trio earned their third Grammy in 2011 for the worldwide smash single 'Hey, Soul Sister' lifted from the hit album 'Save Me, San Francisco'. The inescapably infectious 'Hey, Soul Sister' reached sales of five-times platinum in Australia and was the #1 Airplay song of 2010.

Joining Train on tour will be special guest Matt Nathanson. San Francisco-based Nathanson has released nine albums over his near-20-year career including 'Some Mad Hope' featuring US Platinum hit 'Come on Get Higher' and his most recent, 2011's 'Modern Love' featuring lead single 'Run' (featuring Sugarland).

Search for the mountain goats here.
Touring May