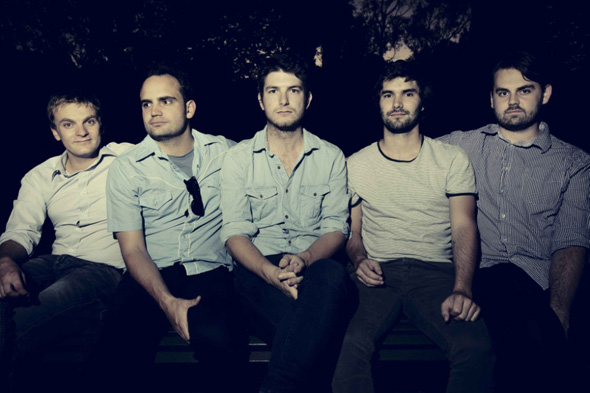 beat magazine, Rave Magazine and The Brag present
SPLIT SECONDS
The view from the Top Floor!

If SPLIT SECONDS were a football team their pre-season preparation for the 2012 musical season could only be described as impeccable.

Entering the building on the ground floor in late 2010 Splits worked their way into the hearts of local independent music fans on the back of their eminently likeable singles 'All You Gotta Do' and 'Bed Down'. Their self-titled EP released in March 2011 helped secure a place in the 2012 triple j Next Crop alumni, and after three national tours alongside Owl Eyes, The Panics and Jebediah, a publishing deal with Native Tongue and enough "band to watch out for" tags to sink a fledgling AFL franchise Split Seconds are ready to move on up!

And move on up they will! With the release of their new single 'Top Floor' on Wednesday 18 April Split Seconds 2012 premiership campaign is officially underway! A quirky, handclap heavy pop gem taken from their upcoming debut album, 'Top Floor' is soaked with the Splits' trademark harmonies, a whistling chorus and an X-rated sub plot worthy of its own reality tv show!

With their game face on Split Seconds will take 'Top Floor' to the streets throughout May. Accompanied by Sydney psych-pop dreamers Underlights, who will co-headline the East Coast Second Light Tour, this will be Split Seconds first tour since completing the recording of their untitled debut album. Recorded by Matt Giovanangelo (Voltaire Twins) and mixed by Aaron Cupples (The Drones, Snowman, Dan Kelly) and Dave Parkin (Felicity Groom, Snowman, Jebediah) the album is due for release in July... but before then enjoy the view from the Top Floor!