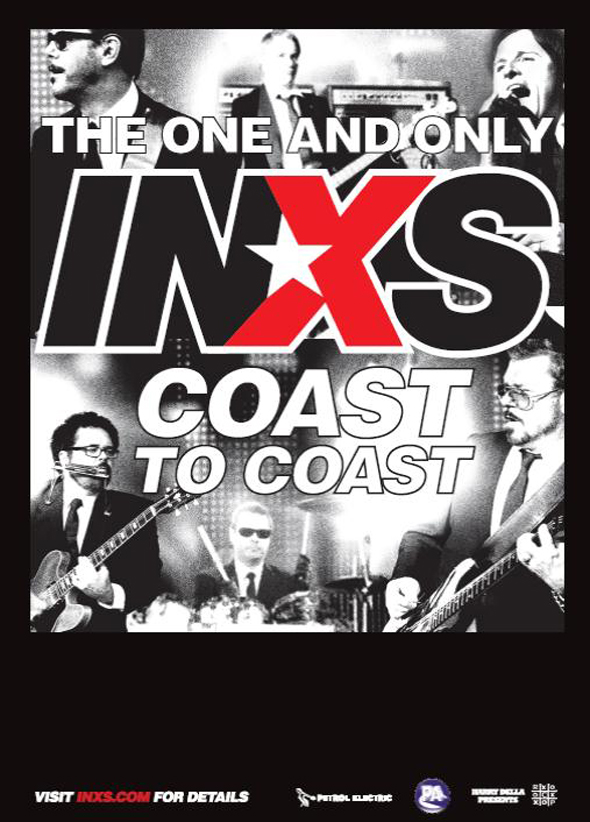 INXS's Andrew Farriss said "International commitments have made it difficult to schedule a tour of this intensity to regional Australia before now, but finally the stars have aligned and we are really excited about getting back to the people who have been our core audience since the outset of the band," he said. "Regional Australia has been going through some tough times over the last year or so dealing with various floods and fires so we are excited to bring our live show to these areas."

Since signing to their long time manager CM Murphy's label, Petrol Electric in 2009, INXS have been recording and performing live around the world. In 2010, INXS enjoyed worldwide critical acclaim following the release of their last studio album "Original Sin". The album saw the band re-record and breathe new life into some of their finest songs with some of the world's greatest vocalists including Rob Thomas, Ben Harper, Tricky and Train's Pat Monahan. Rob Thomas along with DJ Yalediys achieved the #1 US single on the Billboard Dance Charts with their version of "Original Sin", Ben Harper and Mylene Farmer recorded the heart-wrenching ballad "Never Tear Us Apart" which went to #4 in France, and Tricky's version of "Mediate" went Top 5 on the US Billboard Dance Charts. The album not only received the USA Today top critics pick with a 3.5 star review, but it was also hailed as a "rewarding collision of nostalgia and modernism and a cleverly and lovingly assembled collection". On top of the success of their latest studio album, their live anthem "Don't Change", sung by Kirk Pengilly and Andrew Farriss closed out the 2011 series of the Emmy Award winning US drama, Californication.

"INXS are playing the best performances of their careers", said Petrol Electric Chairman, CM Murphy. "They look modern, sound amazing and present an internationally acclaimed show". The INXS show will feature a few new gems, plus all their hits that have made them one of Australia's most love bands. This maybe the last chance regional Australia will ever get to see this iconic band again.

Search for THE DARKNESS here.
Touring May