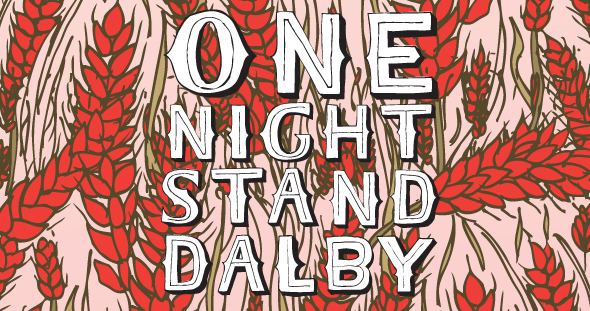 triple j's One Night Stand concert series brings the big live music experience to young people in regional areas. For the last eight years we have travelled the country from Natimuk (VIC) to Tumby Bay (SA), hitting Alice Springs (NT), Collie (WA), Cowra (NSW) and everywhere in between. This year, with the full support of Western Downs Regional Council, we take 2012's most exciting talent to the regional town of Dalby (QLD).

Each year we are privileged to be able to bring an incredible line-up of artists to remote areas of Australia. Joining us this year are The Temper Trap, Stonefield, 360 and Matt Corby.

After the phenomenal success of their debut, Conditions, The Temper Trap are back in Australia and ready to treat Dalby to a host of songs from their new self titled album. 360's album Falling and Flying went gold, he has sold out shows across the country and the double-platinum single 'Boys Like You' was voted in at #8 in the Hottest 100. Since winning Unearthed High in 2010, Stonefield have had a huge couple of years, releasing songs, touring the country and playing at the world renowned Glastonbury Festival. Matt Corby is also fresh from a sold out tour of Australia, a showcase at SXSW and the huge achievement of a young artist being voted in at #3 in the Hottest 100 – clearly a listener favourite. Plus triple j Unearthed will be giving a local band the opportunity to open the concert in front of a huge festival crowd. Stay tuned for details. .

Chris Scaddan (Manager triple j) says "It's our pleasure every year to bring our One Night Stand concert to parts of Australia that are hungry for live music. Southern Queensland has had a tough time over the past couple of years, so they deserve an event like this more than ever. We're looking forward to getting to know the people of Dalby a bit better and bringing their stories and this concert to the rest of the country."

triple j's free all-ages regional concerts are one of the biggest and best things we do each year. Not only does triple j broadcast the entire event live on the radio, but we provide the full multi-platform experience with online videos, photos, music streams and artist blogs - so you can be part of the concert wherever you are. Plus we film the whole concert for later broadcast on triple j tv (ABC2).