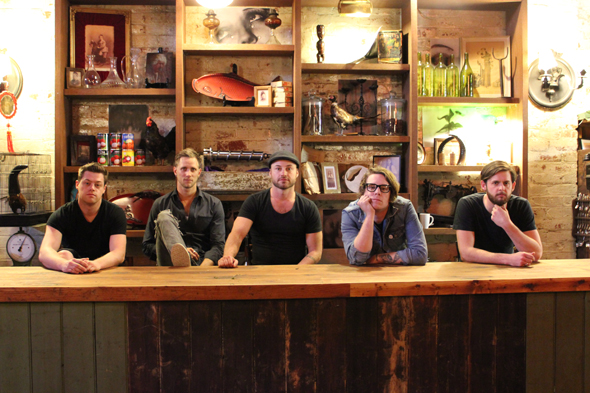 Taking over the Triple J airwaves with their high rotation single "Control" and fresh off the back of the mammoth Soundwave Festival, 2012 is set to be another massive year for THE MISSION IN MOTION, as the band prepare the release of their sophomore album.

THE MISSION IN MOTION will once again be hitting the road this May on the "All Work No Pay Tour" road testing new material from the bands forthcoming sophomore album due out in late August 2012 as vocalist Brett Islaub enthuses "2012 has been a really positive year, we can't wait to get out on the road and test out our new material, it is the easily the best work we've done".

Joining the bill is Melbourne's JONESEZ who have been turning heads since the release of their debut album "Betty's Soup".

"Amazing & Ridiculous", "Crazy", "Seriously Dedicated", "Impressed & Terrified", "We Are Speechless" are some of the comments after it was announced JONESEZ front man Mark Stewart was donating his body to science to fund their 2nd album.

The result is the stunning sophomore album 'Gruffalo' taking cues from bands such as Ash, Supergrass and Jebediah the album is "Like a showbag loaded with various treats is this album…oozing with charm, hooks and is definitely unique" – bombshellzine.com