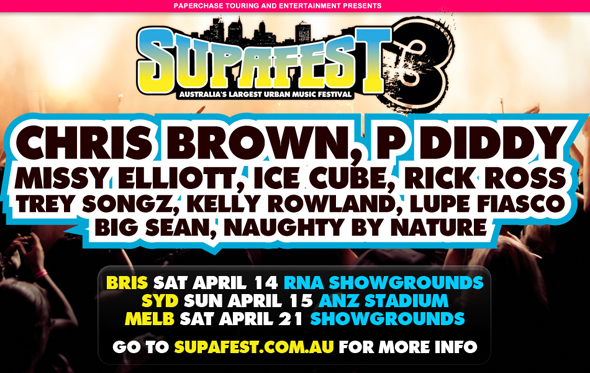 Supafest Director's John Denison and Dwayne Cross have stated "People were saying we would never be able to top last years Supafest bill, well we think this year we have given it one hell of a shake! We are very proud with our final artists announcement, which features undoubtedly one of the greatest performers of his time in Chris Brown along with one of the biggest female hip-hop superstars, Missy Elliot. We went for diversity and believe that the Australian public will see the most exciting and diverse urban music festival ever staged".