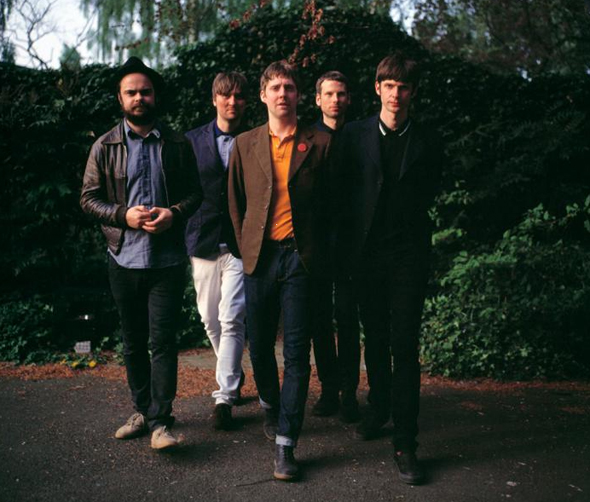 Australia's favourite Leeds lads the KAISER CHIEFS are returning to rock our shores this May for a string of exclusive shows to coincide with their Groovin' The Moo headline dates.

Hot off the back of their Splendour in the Grass appearance last year, Kaiser Chiefs have released their brand new single, 'On The Run' which bears that trademark Kaiser Chiefs sound and has a chorus filled with enough hooks to have you singing along for days.

The stand-alone single comes fresh from the band who have not slowed down since the 2011 release of The Future Is Medieval (out now through Liberator) which was revolutionary in allowing fans to create their own album playlist online before purchasing.

In further exciting news the band have recently been confirmed for the highly sought after Coachella Festival in the USA. 2012 certainly promises to be another busy year for the mighty Kaiser Chiefs.

"The Kaiser Chiefs took to the Enmore stage with his customery enthuisiam and formidable energy, belting out a range of new and old songs, leaving Sydney punters screaming for more. Yes, there was actual screaming." - Sun Herald, 14 August, 2011

"If rock was a religion then tonight was the equivilant of a multi-denominational celebratory service. There was so much spirit in the room.. They left us with ears singing and throats sore, still worth the hype." - Drum Media, August 9, 2011

Joining the band in Australia will be Sydney's alternative rock sensations Deep Sea Arcade who have been causing a stir with their dreamy and enigmatic live shows to adoring audiences around the country. Their highly anticipated debut album Outlands featuring summertime standout single 'Girls' will be released through Ivy League Records on March 16 2012.

Don't miss these exclusive performances from the Kaiser Chiefs and special guests Deep Sea Arcade in May 2012!

Tickets On Sale FEBRUARY 24 @ 9AM!
Need your live music fix?