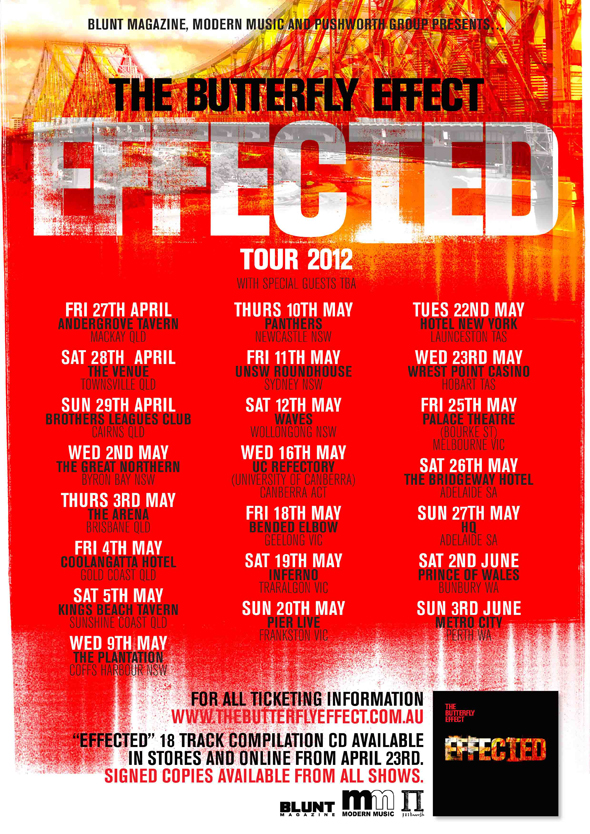 The Butterfly Effect wish to inform their fans and media that singer Clint Boge is officially leaving the band to pursue other musical interests. The remaining members of the band, Ben Hall, Kurt Goedhart and Glenn Esmond will continue to work together and will announce their intentions in the not too distant future.

Clint’s departure is an amicable one and the band are giving fans a chance to see them perform together for the last time on the club circuit by announcing the "EFFECTED" national tour starting late April. To celebrate 10 years of recordings The Butterfly Effect is releasing an "EFFECTED" compilation CD of their best work in April and signed copies will be available at shows on the tour.