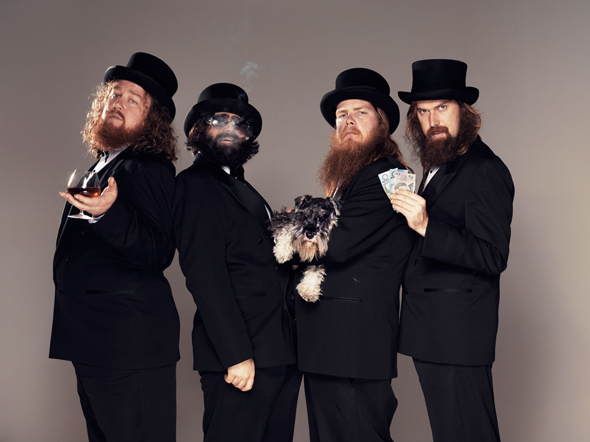 For a band that never expected to play more than one show, The Beards have certainly come a long, long way. Forming as a joke to play a single show in Adelaide, the entirely beard-based band have gone on to become underground legends of the Australian music scene. Since the release of their second album, Beards Beards Beards (2009), The Beards have spread their bearded message throughout Australia with constant touring and countless performances all over the country. Now, The Beards are hitting the road again, and bringing with them their much-anticipated third album, Having a Beard is the New Not Having a Beard.

Anyone who thought this band would be struggling to write more songs about beards will be proven utterly wrong as the Aussie four-piece unleash eleven new songs - each of which is primarily focussed on the importance of having a large amount of facial hair.

"It will be our third concept album about the same concept - the only concept of any importance to any of us - beards!" Explains frontman Johann Beardraven.

Having a Beard is the New Not Having a Beard will pick up where the second album left off, and will see band incorporating bigger, more lavish arrangements, an even more eclectic mix of musical styles and a great deal more instrumentation.

"It's going to be even more about beards than our last record", says bassist Nathaniel Beard.

The Having a Beard is the New Not Having a Beard Australian tour will take in QLD, NSW, ACT VIC, TAS, SA & WA as one of Australia's most original bands hammers home its steadfast message: Grow a beard. The album will be released through MGM and available at all good record stores and online from Friday March 9, 2012.