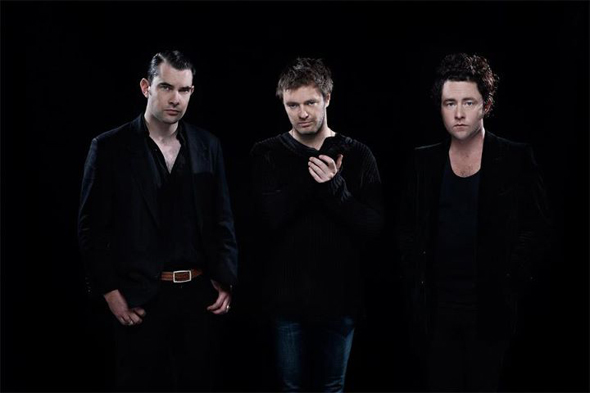 Children Collide are back in full force with a brand new single 'SWORD TO A GUNFIGHT' unleashed on radio, internet and TV! In true Collide fashion, the band will embark on a tour across the country in March/April giving audiences their first taste of the new album.

Frontman Johnny Mackay expounds on the new single: "I was paddling down the river somewhere between Primal Scream & Boney M and ended up falling out of the boat into a time-travelling disco space-punk song which I still think is hilarious."

Late 2011, the band locked themselves away in Melbourne's Red Door Sounds with Woody Annison (Red Riders, Cabins, Young Revelry and who also co-produced their sophomore album) to record their third album 'MONUMENT'.

'MONUMENT' is the follow up album to the ARIA nominated Top 5 album 'Theory Of Everything' which spawned the singles JELLYLEGS (reached #22 in The Triple J Hottest 100) and LOVELESS, which was accompanied by a world class music video directed by the multi-award winning director David Michôd (Animal Kingdom) and also Nominated for an ARIA Award.

Johnny reveals of the sounds to come; "There's post-punk still, there's sort of Krauty-psych influence in a lot of it. It gets a bit dancey..."

"We tried to build our own aural theme-park out of twelve different kinds of song. There's one or two ghost trains, a few rollercoasters and even a couple of tea-cup rides. It's always hard to describe these things from the inside but the sound and production feels very here and now to me"

Single 'SWORD TO A GUNFIGHT' is the first taste of the theme-park. The band enlisted Natalie Van Den Dungen to direct and produce the video. Her previous works include 'Persecution Blues: The Battle For The Tote' documentary and music videos for Seeker Lover Keeper, Wagons and Dan Deacon.

Relish in the unmistakable Children Collide sound punched with a swagger and rhythm unlike beforeand get ready for the ride in 2012.