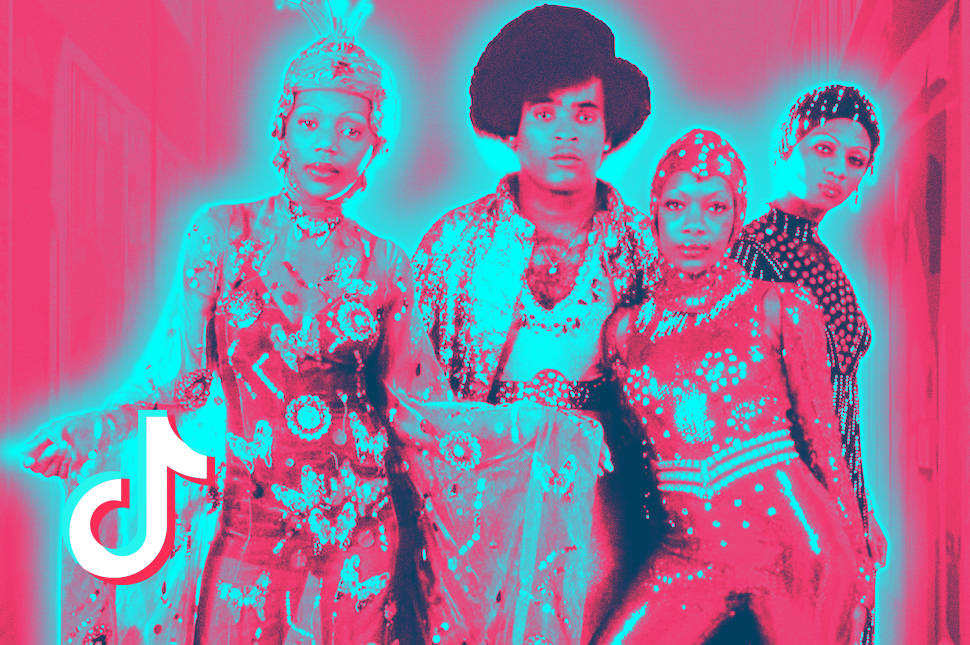 And what's this trend all about?

Well, TikTok has stumbled across the group's 1978 track Rasputin - yes, the one about controversial self-proclaimed holy man who was friend and foe to the family of the last Russian emperor Nicholas II and his family. It's best to check out the track yourself below.

Did I just get flashbacks of watching the 1997 animated film Anastasia with voice acting from Meg Ryan, John Cusack, Christopher Lloyd and more when explaining that? Yes, yes I did.

Why's this a trend?

The track has picked up in popularity and has since spawned the #RasputinDanceChallenge where people dance along to the lyrics "There lived a certain man in Russia long ago / He was big and strong, in his eyes a flaming glow" while showing off their #muscles. Originally it started as a dance trend but the #muscles have proven too popular and taken over.

How popular are we talking here?

We would say very, considering that the #RasputinDanceChallenge hashtag has been viewed A VERY MASSIVE 77 MILLION TIMES. TikTok have also told us that the single version of the track has been used 4.5 million times on the platform too.

What's the most popular video?

There's been a few but this one has been VERY big with 106 million views.

Who's gotten involved in the trend?

Look, this is probably only relevant if you liked Disney original shows in the 2000s but I did stumble across The Suite Life of Zack & Cody actor Brian Stepanek getting involved. Gordon Ramsey used the track to spectacularly sledge someone about making bread using donuts too.

Is it just on TikTok?

Just like other TikTok trends, the power is too strong and the track is picking up steam elsewhere.

Tell me more about that...

Well, UK artist Majestic has just released a remix of the track too, which has already pulled in over 46million streams on Spotify.

Indeed it has! The track is currently sitting at #19 on the UK Singles Chart, as well as at #15 on Spotify's Viral 50 Chart globally. It's #9 on the Spotify Viral Chart for Australia and #56 on the platform's global Top 200 Chart.

Other classic tracks that have found success like this too right?

You are correct. A whole new generation of Cocteau Twins fans have been established thanks to this viral trend.

READ MORE: Meet The Aussie Band Caught Up In The ‘Skins’ TikTok Phenomenon