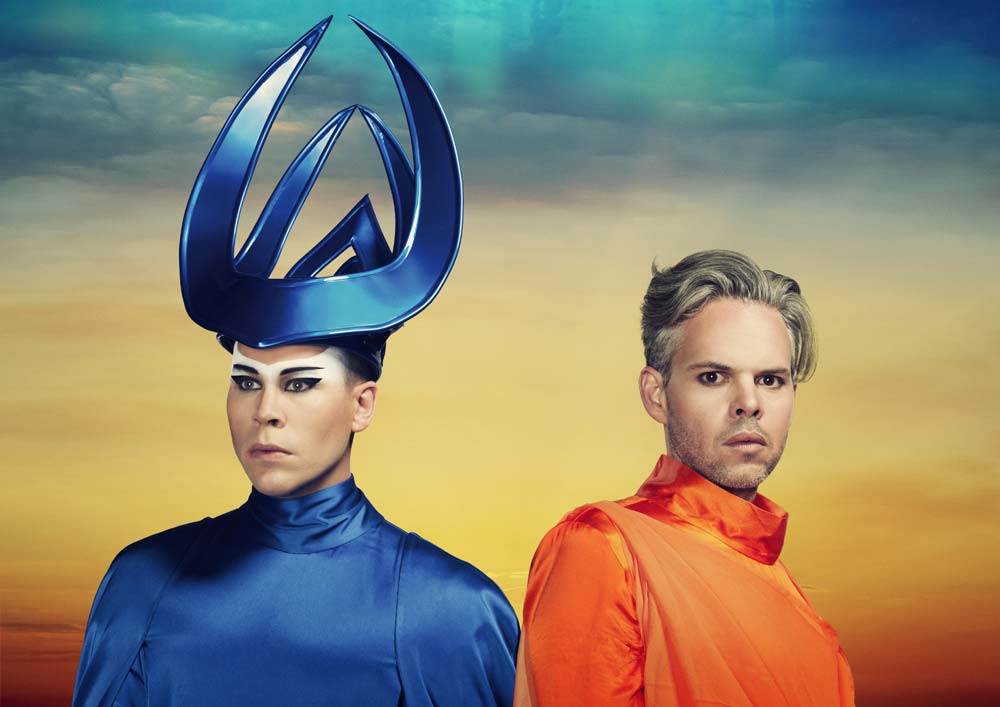 It looks like Empire Of The Sun fans are going to have to a wait a little longer for any new music from the Australian duo.

While Nick Littlemore revealed last year during an appearance on The Green Room With Neil Griffiths podcast that "quite a lot of work" had been completed on a forthcoming album - the first since 2016's Two Vines - it appears that the COVID-19 pandemic has halted plans to release new music.

Appearing on next week's episode of The Green Room to promote his new project, H3000, Luke Steele said it's unlikely any new Empire Of The Sun music will come out this year or next.

"There's a lot of stuff but we just struggle so much with Zoom writing and it's always been such a 'in the room' kind of tangible band where you sort of run on the spirit of what's happening.

"It's kind of funny like that. We tried to entertain some things, but it just didn't really work.

"It's funny, when it's not in sync it just feels like you're painting over a wall that keeps drying a different colour."

Steele and Littlemore had worked on new music for an Empire album in Japan, however the 2020 lockdowns have prevented them from further writing.

"I think that COVID changed so much," Steele continued.

"It's time for something new. It's time for a new challenge. Maybe when it comes back, it's completely opposite or it has a similar fabric, but it's done a different way.

"Who knows what the future holds really?"

The Green Room with Steele will be released next Friday. Click here to check out all previous episodes of The Green Room.