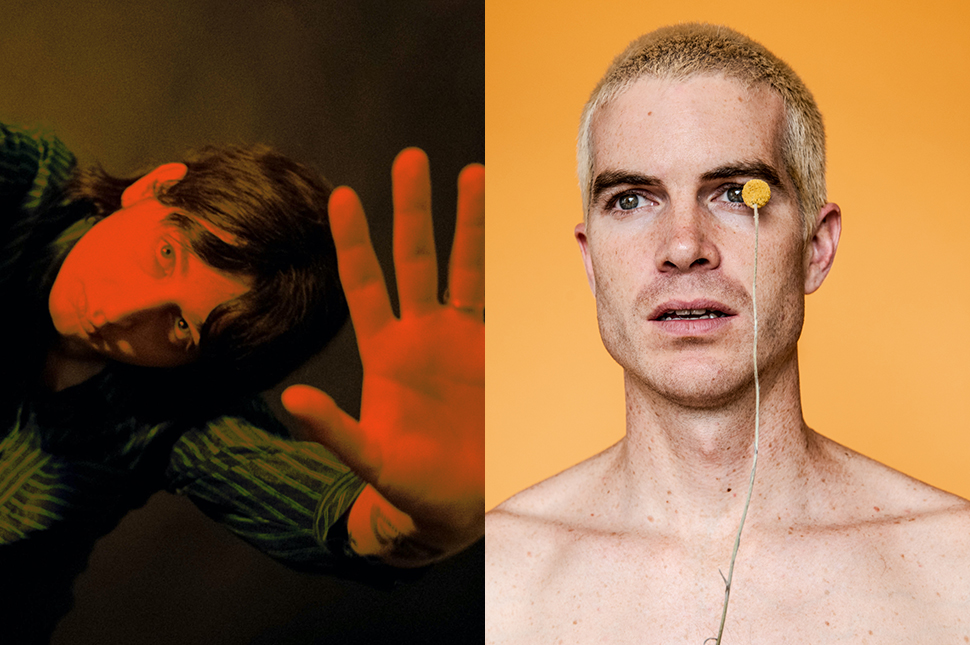 Alister: So yeah what are you playing on Switch ATM? And… how long are you down here for man?

Joe: I’m not playing much video game wise at the moment sadly! I love my Switch though. I’m really looking forward to getting Pokemon Snap when it’s out soon, the original was my favourite as a kid on Nintendo 64. Do you play many games? I’m just down for a few days for a lil Hatchie show and some press and session stuff! It has been so nice to be out of Brisbane and catch up with friends we haven’t seen in like over a year now! It’s also not over 30 degrees here which is a big plus too.

Alister: Oh true! Yeah love the Switch. I just finished Fire Emblem, it was like, pretty good?? But kind of long.

Joe: Oh sick, yeah I played so much of that but it felt endless, haha. Amazing game though!

Joe: What’s been going on with you lately? I’ve been loving all the Vlossom stuff. Catch Your Breath especially has been a dancing in the kitchen anthem for us.

Alister: Oh no way! That’s awesome. Well, Vlossom will start playing again soon. We've got heaps of songs just sitting around. The last show we played was in my garage for a birthday party

Joe: Mad! So keen to finally catch a show soon now things are moving back to semi-normal.

Joe: I was thinking about leading up to this chat how the first show I ever saw when I turned 18 was you in Cloud Control with Yves Klein Blue in Coolangatta. I’ve actually still got the poster somewhere.

Joe: I actually decided I wanted to start a band after going to that show! So thanks I guess haha!

Alister: Wooow. While we’re on the appreciation circle, maybe I should say, I’ve always been a fan of your songwriting. Across your different projects. Melodies and lyrics are sonic, understated but they just FEEL good.

Alister: And I was wondering how you write words, is it like, melody first or at the same time, do you workshop/edit much or is it kinda fast?

Joe: It almost always starts with melodies for me, I don’t usually do the instrumental side until much later on because I generally want it to already sound like a song in just its bare bones. I kinda wish I could do it the other way around but I find it often hard to sing over something that’s set in concrete that can’t be changed around the vocals. I find the songs I do write that start with a riff or something end up being my favourites though cause they end up quite different.

Joe: How do you usually write your stuff?

Alister: Ah cool. Yeah I have to sing over some form of music, my memory/attention span is pretty short so I’ve found the best way for me is to sing over something otherwise I end up going round circles. So usually I make or get given a bit of music, write the song over it, then come back and finish it all off, but pretty much always working with a mate. Collaboration is key.

Joe: Oh true, that’s cool! I’m starting to work with more people now on RINSE stuff so it definitely speeds up the process a lot. It was rewarding trying to do most things myself for a while but also soo exhausting.

Joe: Have you been watching any good shows or movies at the moment? I've been really loving this anime lately called The Promised Neverland which is basically like The Village mixed with demons. I just started Buffy too which I never saw growing up. Going through a demon phase right now, I guess.

Alister: Interesting. I’m also in a bit of a demon phase. I’ve been watching this show called The Untamed. Wikipedia says “The series follows the adventures of two soulmate cultivators who travel to solve a series of mysteries that link to a tragic event in the past". It’s really good. Also it was a while ago but I loved the show Dark, there’s not much I can say without spoilers but it’s amazing, surreal sci-fi and it really… makes you think.

Joe: Oh rad, I’ve been meaning to check out Dark. The Untamed sounds interesting too. I’ll put those two on my to-watch list! I know you already play a lot of instruments but I’m curious, if you could instantly learn one instrument completely what would it be?

Alister: I’ve been inspired by listening to some Irish folk music recently, the melodies and storytelling aspects, so I’m gonna say Irish bouzouki. Like this song, it really gets me. There have been a few times I’ve caught myself walking around the city with it on loop. What about you?

Joe: Wow bouzouki is so cool! That song is beautiful too. I’m definitely going to have a little Irish folk binge now. It reminds me so much of the music that would play every time you walked into a peaceful village in fantasy games like Zelda. Instrument wise, I think I’d choose a violin or cello as I use them so much on songs and would love to not sample them. Honestly though I’d just love to just be able to play more than eight chords on guitar though, haha. Are there any Australian artists you’re into at the moment?

Alister: I love Genesis Owusu’s album. He’s singing about mental health, and it really touches the darkness, but at the same time it feels energetic and optimistic and welcoming. Like something to bring people together. Amazing. And it’s so creative, so many incredible ideas on there, especially with the vocals. But yeah, what are you listening to?

Joe: I’ve been listening to that record a lot too! It’s amazing. It really feels like the best new record to come out of here forever and definitely deserves all the praise it’s getting. I’ve been loving the new single by Moody Beach too, really excited to see what she does next.

Alister: Oh Joe, I’ve said this to you before, but I’ll say it for the people reading, I loved your work on that hamster filter. That was huge. Have you been working on any other Internet stuff?

Joe: Hahaha oh thanks. That’ll probably be the most popular thing I’ll ever create and I’m not really sure how to back it up. I finally caved and got Tik Tok this week so who knows, maybe something on there.

Joe: I’ve got to run man but it’s been great chatting, hopefully catch you in person soon! Have a great day!

RINSE's debut EP, Wherever I Am, is out now.