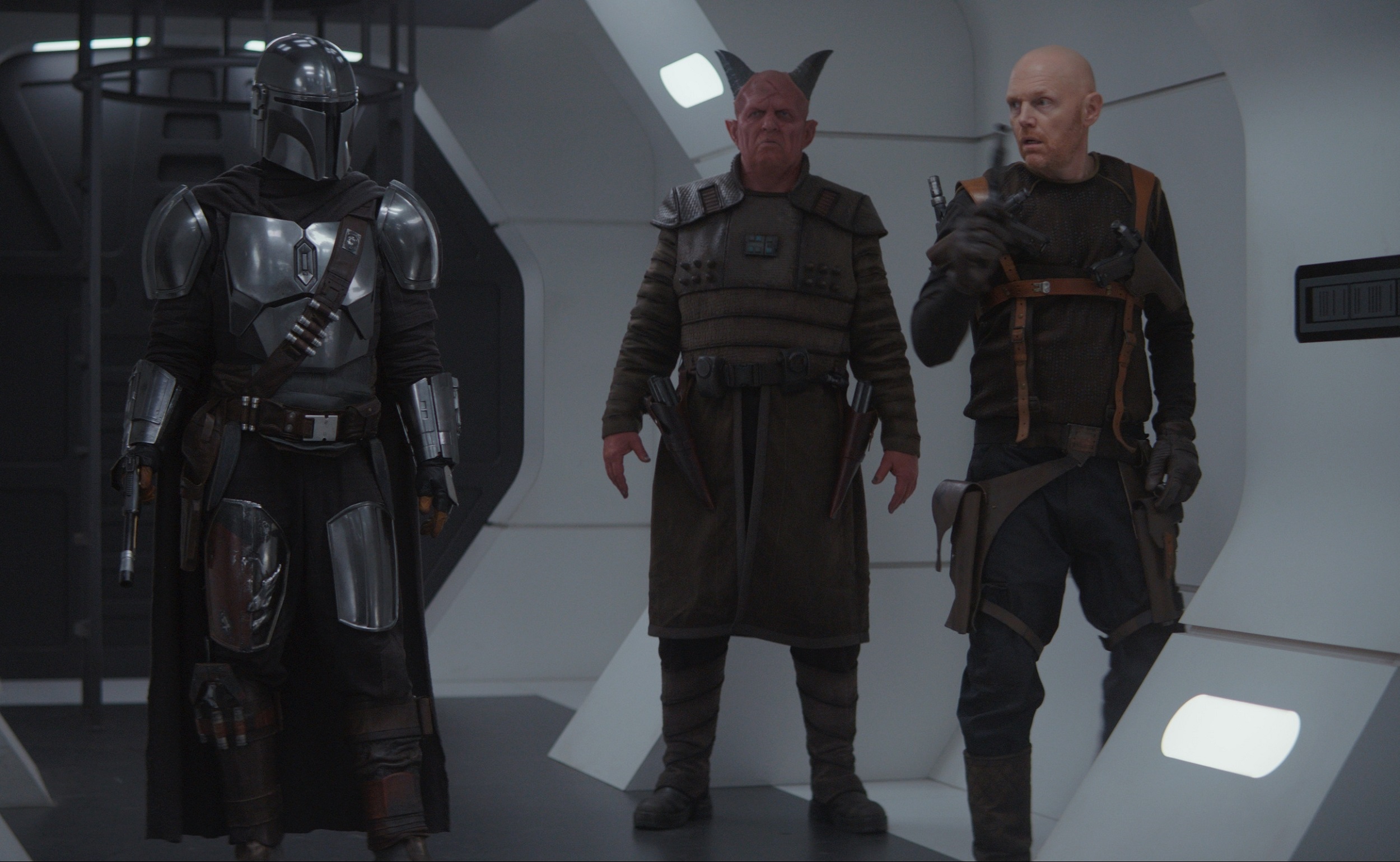 Bill Burr has turned out to be one of The Mandalorian viewers' favourite characters, but fans of the US comedian were probably more surprised he agreed to it at all given he has openly teased the iconic franchise in the past.

Appearing on a new episode of The Green Room With Neil Griffiths podcast, Burr discussed how he agreed to play ex-Imperial sharpshooter Migs Mayfeld and shut down speculation that he really ever hated Star Wars, despite joking about the films on his podcast and during an appearance on Conan in 2015 where he said the films were "like a cheesy self-help book put in outer space with Muppets".

"It was a mutual friend of ours birthday and [The Mandalorian creator Jon Favreau] was there," Burr told podcast host Neil Griffiths.

"He said 'We got an idea, this Bounty Hunter guy. We picture you in the role. Would you wanna do it?'

"It's now growing this whole myth like a lot of things do, like, 'I always hated it.' I was just making fun of it because it was held up so high... as a comedian, it's just teed up for you to just smash it out of there."

While he denied rumours that his comments about Star Wars encouraged Favreau to offer a role to him, Burr admits that the director was well aware of the talk.

"[Favreau] goes, 'I know, I listen to the podcast. I think the people who listen to your podcast would find it funny that you were in it.' I was like, 'Really?' And then my wife elbowed me and I knew what the means. It meant 'Shut up stupid and just say yes.'"

Season three of The Mandalorian is currently in pre-production.

Listen to the full The Green Room podcast with Burr on Spotify, Apple Podcasts (below) or wherever you listen to your favourite podcasts or watch in the clip above.

Check out all previous episodes of The Green Room here and learn more about other Handshake podcasts below.