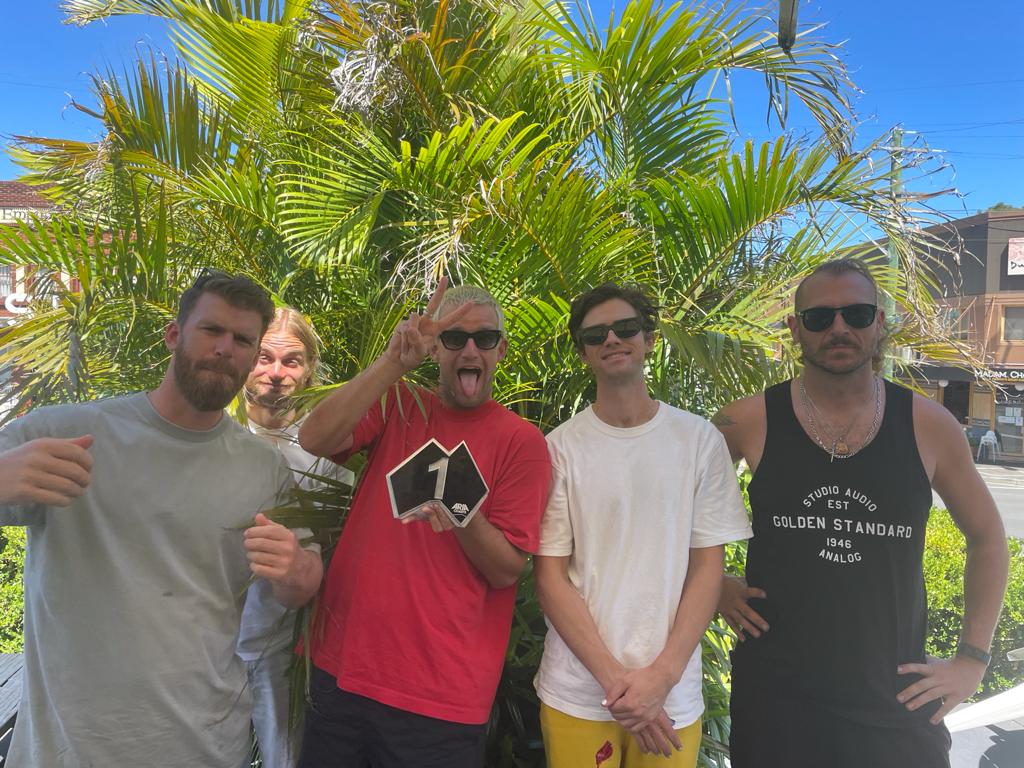 The Rubens have claimed their first #1 ARIA Albums chart record with their new offering, 0202.

The Menangle-founded outfit topped the list this past weekend with their fourth album having previously landed at #2 with Hoops in 2015 and #3 for both 2012's The Rubens and 2018's Lo La Ru.

“We are absolutely thrilled to take out #1 on our fourth album, the first time to land the position for us," The Rubens said.

"We uploaded our first track on triple j unearthed ten years ago and to be still doing what we love and connecting with fans all over the world means so much to us, especially after such a tough year for our industry as a whole.

"To Ivy League Records/Mushroom, Grow Yourself Up and the rest of our team, thanks for your hard work and support. To our families, absolute rocks. To our fans old and new, thank you for coming on our journey and getting behind us. We cannot wait to hit the road to share the new album live.”

Ivy League Records A&R Director Marihuzka Cornelius added, "This is such an incredible achievement and one that feels extra sweet as it comes on the band’s fourth record.

"To stay at the top of your game for a decade is no mean feat and it is all due to The Rubens' incredible ability to grow, experiment and embrace the new. The great, late Pete Lusty signed the band back in 2011 and we know he is celebrating this with us right now, double scotch in hand. This one’s for him."

Other album debuts this week include Luca Brasi's Everything Is Tenuous (#7), Slowthai's Tyron (#11), Sia's Music (Songs From & Inspired By The Motion Picture) (#12) and The Pretty Reckless' Death By Rock & Roll (#15).

On the Singles chart, US artist Olivia Rodrigo's Driver's License has stayed at #1 for a sixth-straight week, while Sydney rapper Masked Wolf's global hit, Astronaut In The Ocean, has debuted on the list at #47 and is expected to rise in the coming weeks.