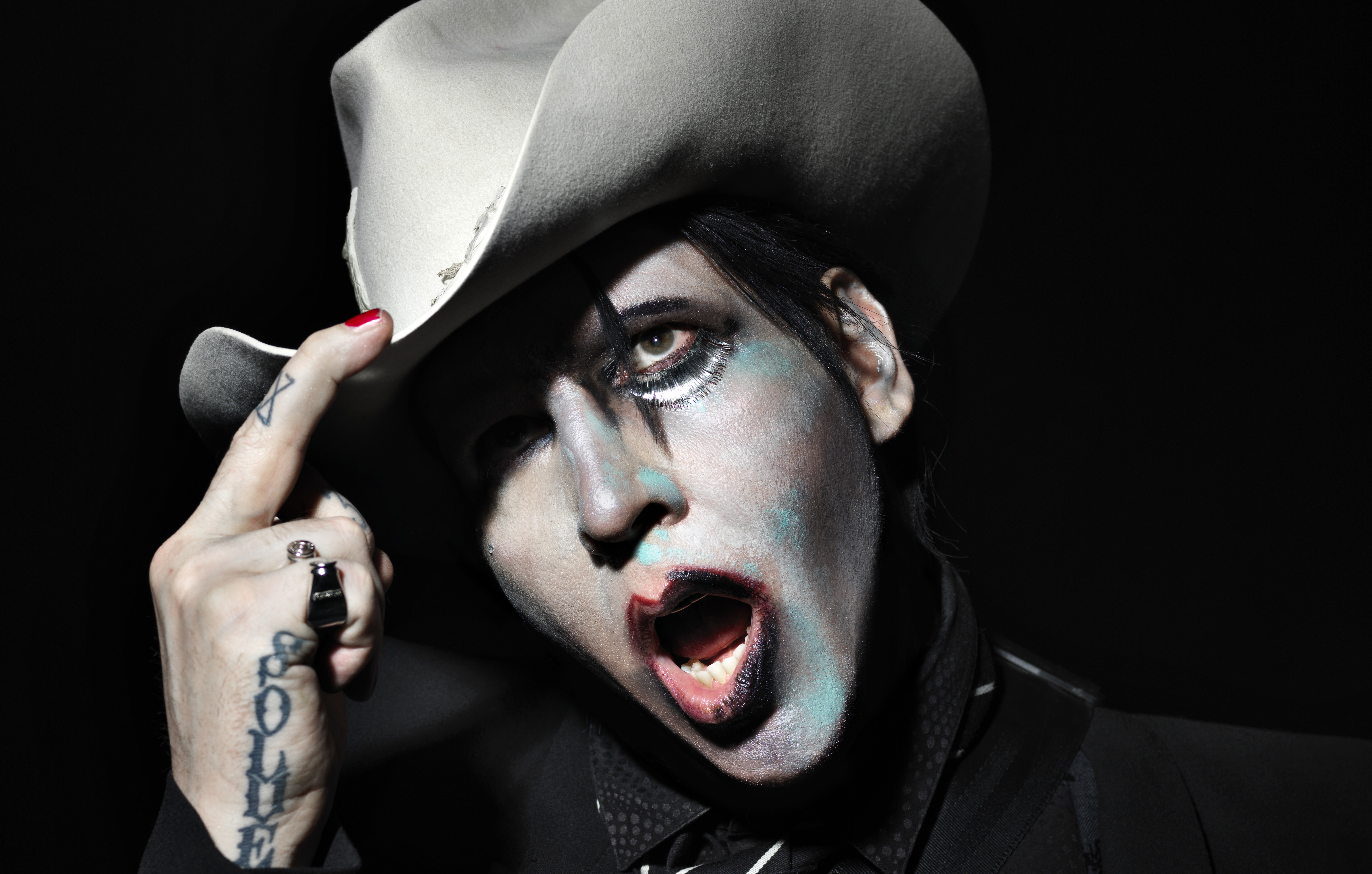 CONTENT WARNING: The following content deals with issues that may disturb readers. If you are suffering or need assistance, please call 1800RESPECT on 1800 737 732 or visit 1800RESPECT.org.au.

As Vanity Fair reports, US actress Evan Rachel Wood, who dated and was engaged to the musician in 2010, issued a statement on Instagram overnight alleging Warner as an "abuser".

“The name of my abuser is Brian Warner, also known to the world as Marilyn Manson,” Wood's statement reads.

“He started grooming me when I was a teenager and horrifically abused me for years. I was brainwashed and manipulated into submission. I am done living in fear of retaliation, slander, or blackmail. I am here to expose this dangerous man and call out the many industries that have enabled him, before he ruins any more lives.

"I stand with the many victims who will no longer be silent.”

At least four other women have since come forward with their own allegations of abuse against Warner.

Loma Vista Recordings, who worked with Warner 2017's Heaven Upside Down and last year's We Are Chaos, released a statement this morning.

"In light of today’s disturbing allegations by Evan Rachel Wood and other women naming Marilyn Manson as their abuser, Loma Vista will cease to further promote his current album, effective immediately.

"Due to these concerning developments, we have also decided not to work with Marilyn Manson on any future projects.”

Warner is yet to respond to the allegations.

UPDATE: Manson has responded to the allegations against him via Instagram: 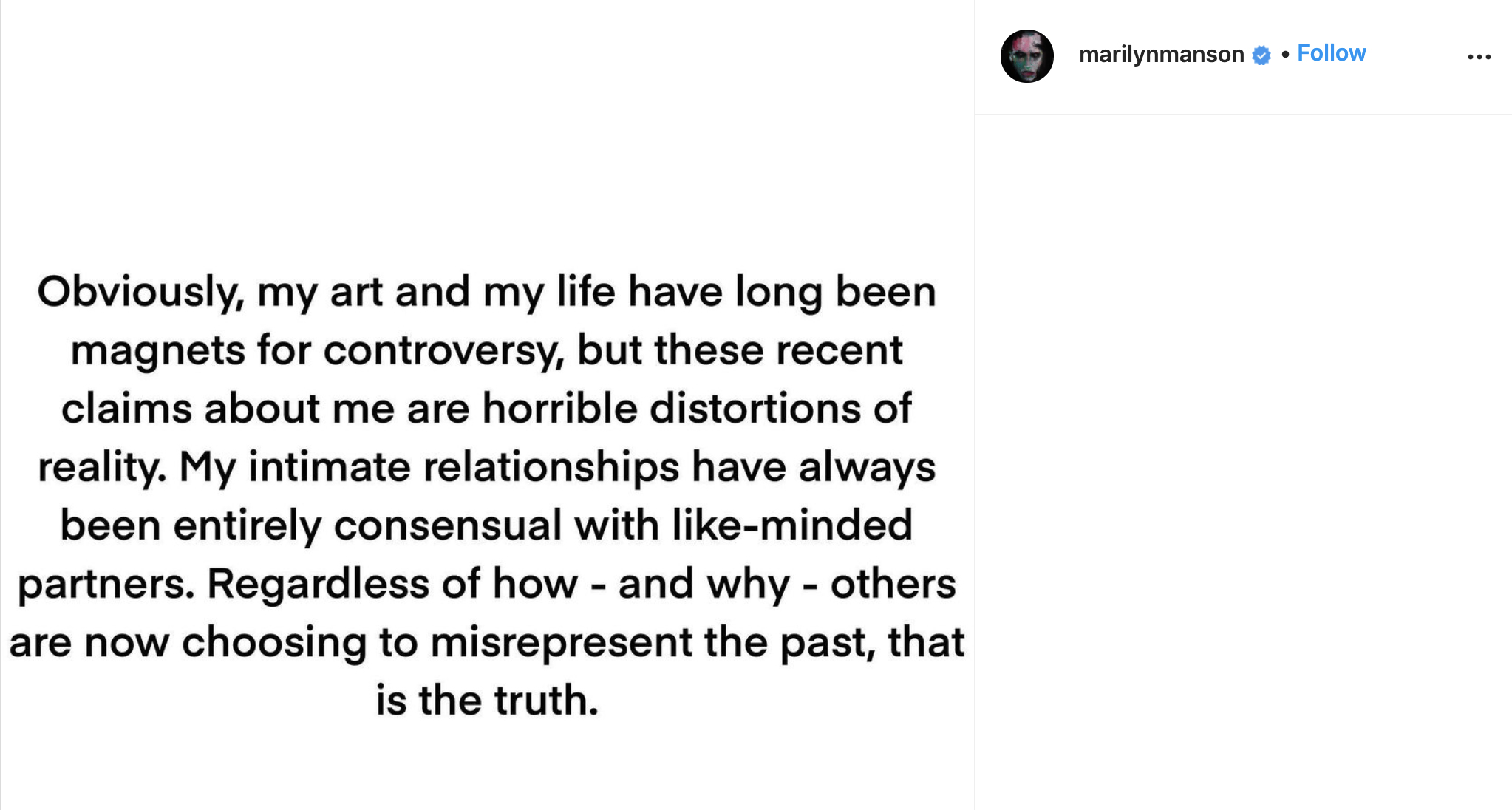