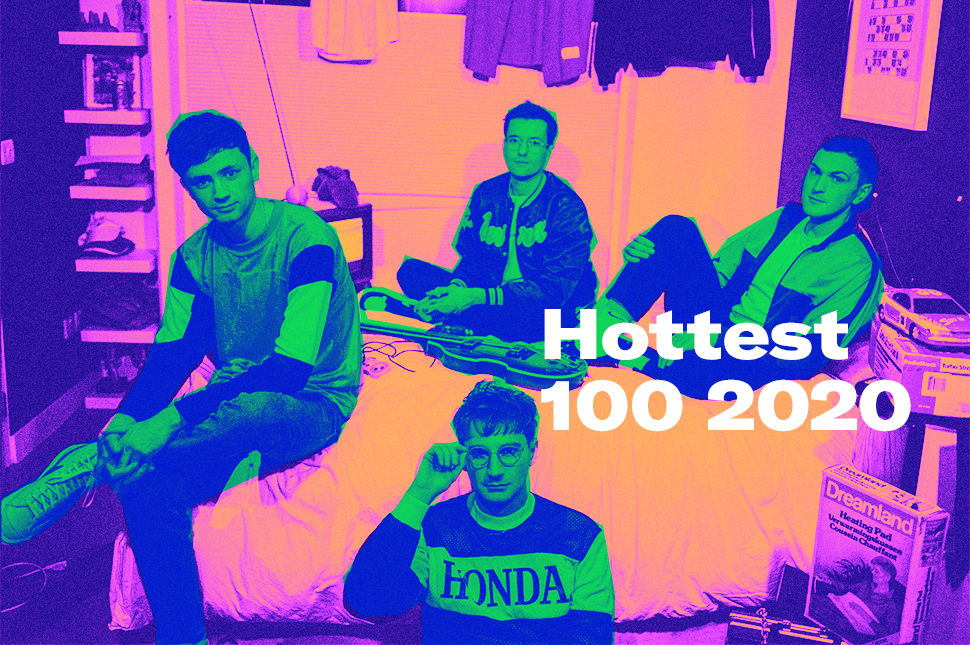 A number of Aussie and international bands and artists are set to climb this week's ARIA charts on the back of last Saturday's Hottest 100 countdown.

Midweek figures show that the winning track, Glass Animals' Heat Waves, is set to jump up into the top three of the Singles chart after it peaked at #11 following its released last June.

Meanwhile the UK band's album, Dreamland, is predicted to climb back into the top 25 of the Albums chart.

READ MORE: The Hottest 100 Has Been Decided, Now Find Out A Little More About The Top 10 Tracks

17-year-old Sydney rapper The Kid LAROI, who scored two songs in the countdown,  is also predicted to stay in the top three with his Fuck Love (Savage) mixtape.

UK heavyweights Bring Me The Horizon, who also had two songs in the Hottest 100, are likely to jump back into the top ten with Post Human: Survival Horror, as is Lime Cordiale's 14 Steps To A Better You after the Sydney outfit scored a massive five songs on the countdown.

After coming in at #2 on the weekend, Spacey Jane's Booster Seat is predicted to make its Singles chart debut somewhere in the top 15, while Mashd N Kutcher's viral hit, Get On The Beers, should crack the top 40.