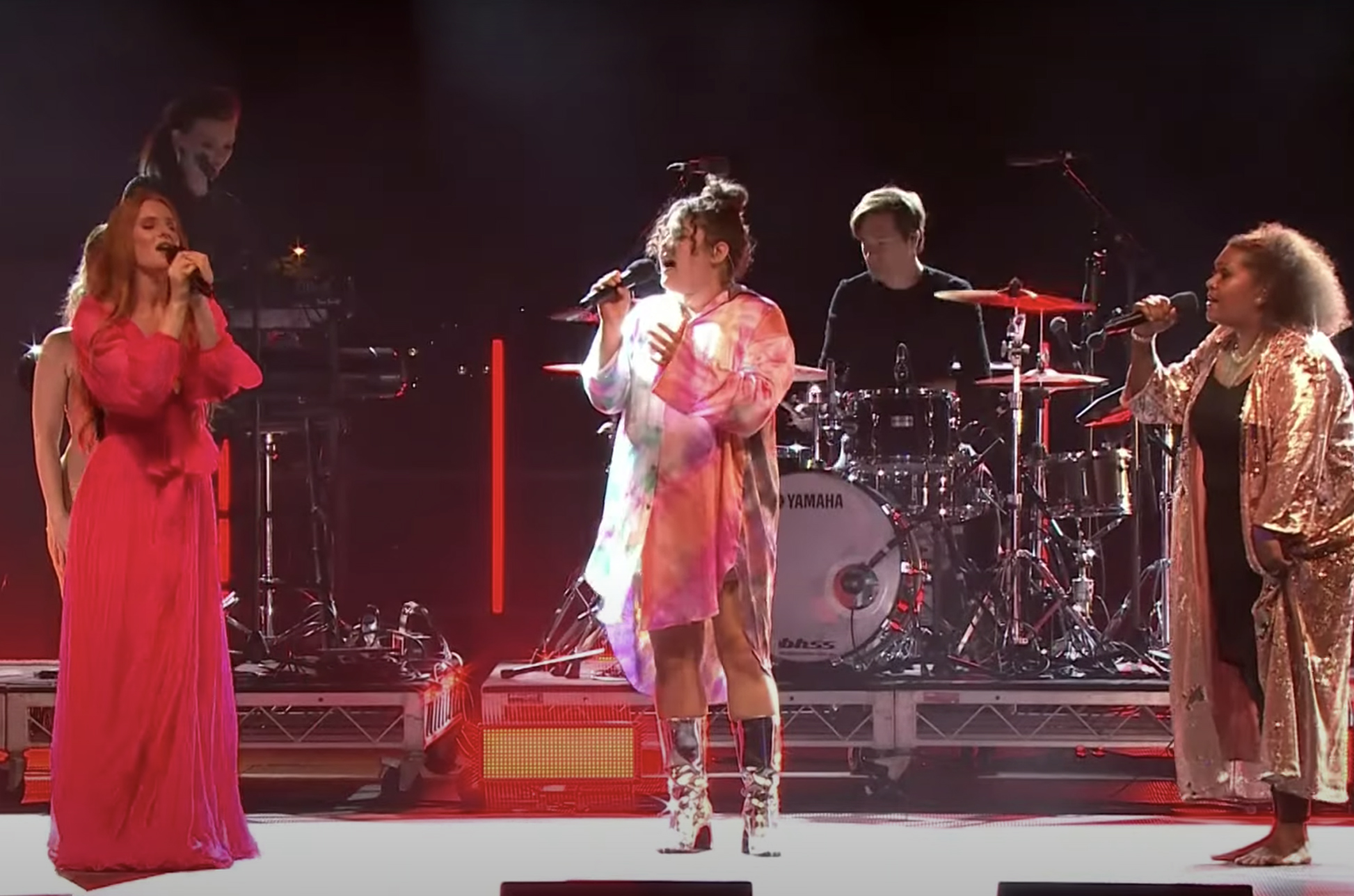 Despite various COVID restrictions across the country, a handful of local artists performed to a huge audience on New Year’s Eve thanks for ABC’s countdown broadcast.

As TV Tonight reports, the network’s We Are One show, which featured the likes of Paul Kelly, DMA'S, Teskey Brothers, Ben Lee and more live from the Sydney Opera House and Melbourne’s Sidney Myer Music Bowl, saw 475,000 viewers tune in, but it was as the countdown approached that numbers swelled and a handful of local favourites performed to a massive crowd.

In the 15 minutes prior to the countdown, Amy Shark took to the stage to perform her new single Everybody Rise, a cover of The Killers’ Mr Brightside and fan favourite I Said Hi, before Vera Blue, Emma Donovan and Odette returned for a cover of You’ve Got The Love.

According to TV Tonight, those performances saw 1,174,000 people tune in across Sydney, Melbourne, Brisbane, Adelaide and Perth.

Check out some highlights from ABC’s New Year’s Eve coverage below.