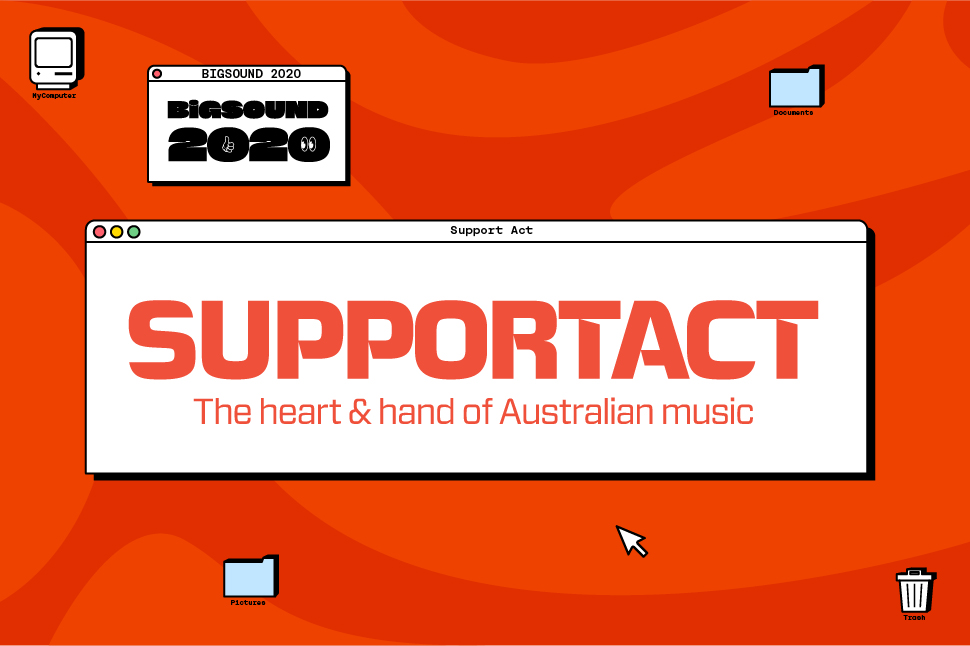 Support Act has enlisted a wide range of artists, industry figures, psychologists and more for a special series of mental health discussions at BIGSOUND 2020 this week.

“These workshops for BIGSOUND are very much focusing on stuff that people will face while working in music, and will give them some tools to manage their own mental health better,” Support Act’s Luke O'Connor told The Music.

The panels at BIGSOUND will deal with conflict resolution, how to seek help and support those in need, deal with rejection and criticism and more.

The series at BIGSOUND coincides with the launch of Support Act’s new website, which will feature extensive mental health resources for people who work in music, and an increase in the amount of mental health first aid training available to music managers and crew through an initiative with CrewCare, which only scratches the surface of what the organisation has been doing since the COVID pandemic shut down the industry.

O'Connor noted that “COVID has really exacerbated existing mental health concerns”, which is why workshops like On My Mind that can bring people together are so important.

“Our helpline has seen a significant upturn in the number of calls, and they’re from anything from career concerns to financial wellbeing, and all the way to people dealing with depression and anxiety relevant to where we’re at and people not knowing what’s happening next,” he said.

“We’ve now serviced nearly 1,000 people with our COVID Crisis Relief Grant, and that’s just people doing it tough financially who need a little bit of a cash injection, and that’s all with support from the Australian Government.

“it’s been a big six months for Support Act and BIGSOUND is just this amazing platform for discussion and social change within the music industry and so that’s why we really wanted to do these panels this year.

“We really wanted to invite some people out there who are making a difference, like artists who are speaking about their own mental health journey, to come and join these panels and discuss.

“The panellists have all been so giving of their own personal story. I always say to our guests that they don’t have to traumatise themselves, they don’t have to come on and tell the darkest story, but everyone has just been so giving and open and honest about what they’ve all been through that I think for anyone out there who is feeling alone, that it’s going to be really great to see some of their heroes speaking so candidly about their own issues.”

Out of the seven talent-packed On My Mind workshops at BIGSOUND this week, O’Connor’s highlighted his two favourites.

“Let Me Down easy is probably my favourite because it’s about dealing with criticism and how to have the resilience to deal with that, or Having Their Back, which is all about how to support a mate who’s battling."

Check out the full list of On My Mind panels and speakers below and head to the BIGSOUND website for the complete 2020 program and all other details.

Don’t Tell Me To Calm The F*ck Down

Making The Best Of A Bullshit Year

Quit F*cking Up A Good Thing

Let Me Down Easy

BIGSOUND 2020 takes place online across Wednesday 21 to Thursday 22 September. Head here for all the info and to register.