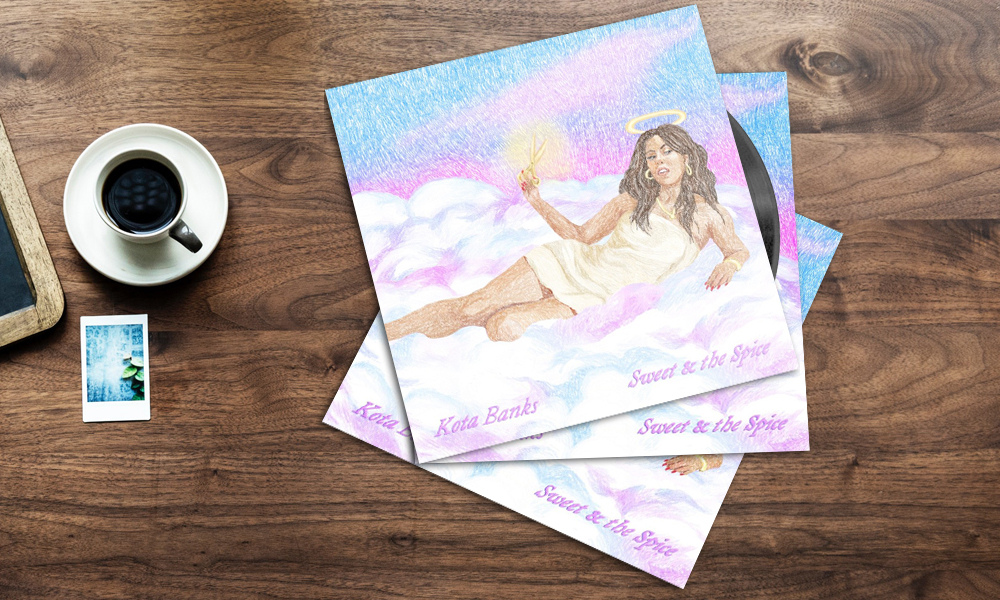 Snip Snip was made super quickly from scratch in the studio. I didn’t even have a lyric idea when I went in. I was just kind of aggressive that day, I’d let the same person mess with my head so many, many times and I was angry at them and myself, so it really flowed out naturally. It was something I never intended to release, probably because it felt so easy to write and so underworked, but I played it at Spilt Milk late last year and it’s been the most requested song by fans since! It’s more of a deep cut Kota song, but I love getting a little more complex lyrically and this song really allowed me to do that!

Let U Leave was a song I wrote on my couch over a beat, that I then forgot about until I stumbled across it in my phone a few months later. I took it to the studio and finished it with my producer (Swick), and for the next few weeks, I was obsessed with it... I couldn’t stop listening to it! It seemed like a nice wind-down from Snip Snip, and given my unhealthy obsession with Craig David and early ‘00s garage music at the time, was perfect to come next. Again, it was a song I didn’t anticipate being popular, but it’s actually been the song the most people have told me is their favourite from me!

Never Sleep actually started out as a slow, RnB song. I wrote it over a very down-tempo beat in like 20 minutes at home, only because me and my friend were sending RnB ideas back and forth to each other for fun, but then I actually realised how cool the song was. I took it into the studio, my producer (ChunkyLuv) sped it up and re-produced it, and it became my favourite dance track ever! It was never meant to be next, but I loved it so much I changed my whole release schedule around and dropped it a month later!

Yes is a song I made two years ago. It’s really stood the test of time and been my favourite song consistently since I wrote it. I was in a session with my friend and producer Xavier Dunn, and I remember he just started playing these chords and I heard the chorus first. I actually based the lyrical concept off a poem I’d written a few weeks earlier. It’s so fun to write with him because he always produces such perfect pop songs, and I’m a sucker for a big, climactic pop track. The song was almost picked up by a few artists, but then I decided I wanted it for myself!

Listen to Sweet & The Spice in full below!