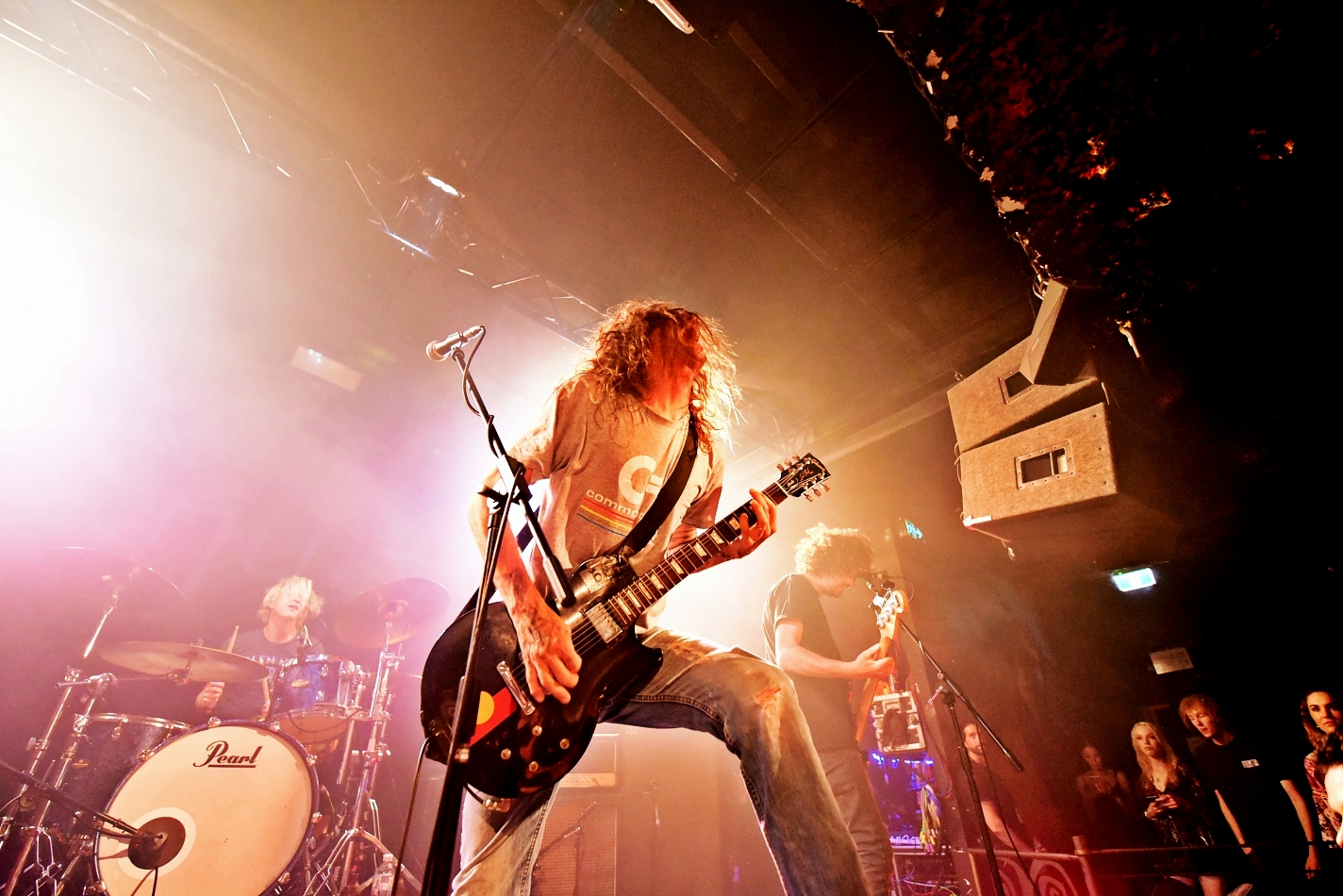 The current state of live music across the country looks vastly different depending on where you are, but for those in WA, things are somewhat returning to a new normal.

With Phase 4 commencing at the end of last month, limits around gatherings were reduced even further, with venues now allowed to host unseated performances with a higher capacity, so long as they abide by the one person per 2sqm rule.

The city will host a major concert this Saturday night, with Crooked Colours, ShockOne, Reija Lee, Slumberjack and Tina Says set to perform to 2,000 people at HBF Stadium as part of WA Unlocked, while other venues across the state fill their gig guide for the coming weeks and months.

Local legends Gyroscope will perform a sold-out show at brand new venue The Baltimore one week after WA Unlocked before taking to the stage at beloved live music venue Badlands Bar at the end of the month.

Badlands Bar booker Luke Rinaldi, who also looks after Railway Hotel and Lyric’s Underground, told The Music they had to take a different approach with reopening each of their venues.

“Badlands and Lyric’s Underground reopened for bands very early when the Phase 3 came in,” Rinaldi said.

“This meant fully seated shows, capped at 70 and 60 respectively. For Badlands, that was a very unusual situation due to its unique layout, but it was actually really fun, and the punters seemed to like it... Badlands even had a seated metal show!

“The Railway Hotel has waited until Phase 4 to open – the seated approach wouldn’t really work as well there, but the two shows there so far have gone well.”

"The emphasis is on supporting the local scene."

“The venue booking enquiries never really stopped but now things have really ramped up and our band booking calendars are fast filling way beyond my expectations,” Halley told The Music.

“For now, the emphasis is on supporting the local scene and there is plenty of live work around which is a real positive.”

Amplifier Bar, Metropolis Fremantle and Magnet House are doing “all required to keep staff and the punters safe” with increased cleaning measures in place.

As well as overhauling their sanitation practices too, Rinaldi said they were able to focus on other areas of venue improvement during lockdown.

“It hit everyone very hard, and the impacts were headlined by the obvious overall loss of business and income,” he said.

“The upside was each venue was able to use the time to do some renovations or general touch-ups and had time for a bit of reflection and analysis, especially Lyric’s Underground which had only opened four months prior to the COVID closure, so was still somewhat in the period of ironing out the kinks and breathing in the new car smell.

“It feels like something of a rebirthing period for all the venues, to different degrees.”

“The devastating impact on our venues and the music community, in general, can’t be understated."

Likewise, Monster Management got to work right away when COVID restrictions forced their venues to close back in March.

“We immediately began strategizing and working towards our re-opening,” Halley said.

“I don’t want to sound complacent as myself, the venues and all at Monster very much understand the seriousness of COVID-19, however, we also know how important music is to the people of WA (and Australians in general), as well as the happy place our venues fill within the community.

“The response to the reopening has been very positive and it is clear that people missed their live music and clubbing opportunities.”

Phase 5 is expected to commence in WA on August 1, which for a lot of venues in the state means “business as usual”.

“The initial results for [Badlands Bar, Railway Hotel and Lyric’s Underground] suggest people are keen for live music and a greater percentage are buying presales, plus even spending more on the bar than pre-COVID,” Rinaldi said.

“This might not last but it’s a good way to re-enter things, and particularly good for the WA acts to shine without the competition of their interstate or international counterparts.

Although it may feel like WA has come a long way, the industry in the state, and the whole country, will be feeling the effects of COVID long after Phase 5 comes into effect.

“The devastating impact on our venues and the music community, in general, can’t be understated,” Halley said.

“There are the large financial, social and obviously emotional implications thrust upon all the wonderful musicians, producers, DJs, technical staff, promoters, booking agents and more who have been forced out of work.

“Then there are all the venue staff, bar staff, managers, marketing and administrative workers and so many more who have had to encounter this blow. We feel for them all and will be working hard across our venues and group to assist all in picking up the pieces and moving forward together.”

For all upcoming gigs in WA, head over to theGuide.