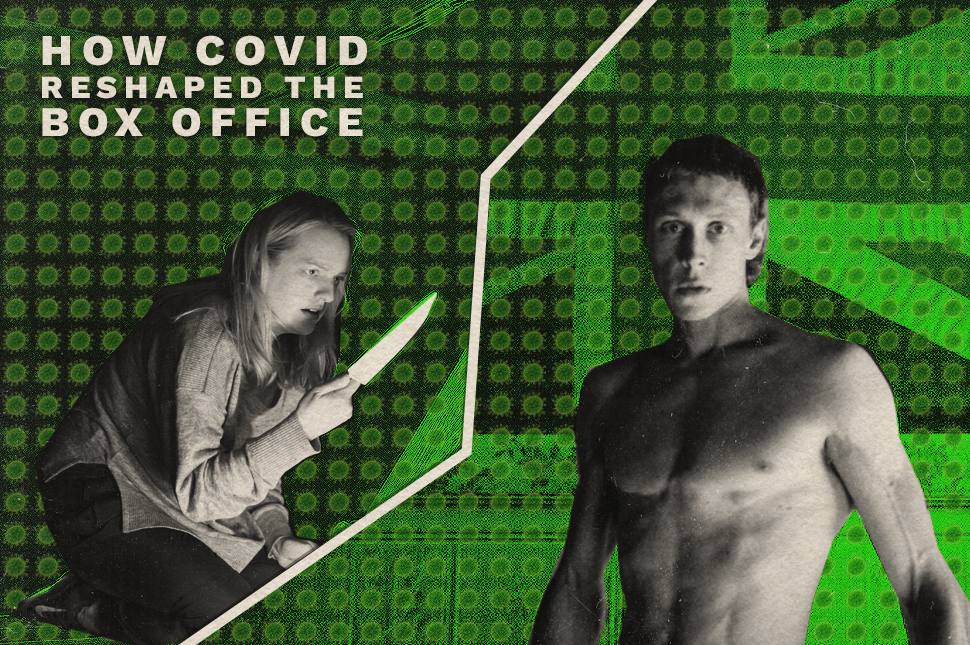 The impact of COVID-19 on the film and television industry has been exponential. Productions have been closed and film releases delayed but surprisingly, there's actually been a win for Aussie directors overseas during the pandemic.

Yeah, I know right?! In the time since the US box office started marking weeks marred by the COVID-10 pandemic, a surprising amount of Aussie films have found success in the cinemas. In the words of John Mellencamp, ain't that America and it certainly is something to see, baby.

Well, the weekend preceding the pandemic there was a total of 103 films showing in US cinemas. The first weekend during the pandemic (13-15 March) had 82 films show, the weekend after that had just two films leaving open a very wide and often flooded market for Aussie films to make their mark in a way they often can't.

So fast forward to the weekend of 24-26 April and after weeks of Swallow, Resistance and Phoenix, Oregon flipping around between the #1 box office spot, the Stan produced film True History Of The Kelly Gang claimed the top spot.

But one is the loneliest number...

Yes, good point. But that wasn't just it; fast forward to this past weekend - the US' Memorial Day weekend 3-5 July which normally marks some of the year's biggest box office takings - and once again, it's an Australian film that has taken the cake. Again, it's a Stan original film, Relic, that takes out the #1 spot.

It's not just the US that's been successful for Aussie directors though...

Closer to home, Leigh Whannell's The Invisible Man remake has hit four weeks in a row at #1 in the Australian box office. Following the mass reopening of Australian cinemas and drive-ins, Whannell's film stayed steady from 4 to 28 June, where it was then overtaken by new release The Personal History Of David Copperfield.

It's worth noting here too that the box office closed entirely from 22 March to 28 May, so while technically the film pool wasn't as small as the US it's not possible to compare apples to apples (or popcorn to popcorn, whatever you prefer).

The release tally is slowly creeping back up though, jumping from 16 films in Australian cinemas on the weekend of 28-31 May to now having 44 films showing for the weekend of 2-5 July.

In a time where there's a lot of talk about injecting money back into the economy, Australian cinema-goers did exactly that. On the 'reopening' weekend of 28-31 May, which saw Jumanji: The Next Level at #1, the top ten films for the weekend grossed just $75,028. This past weekend saw $1,020,344 gross across the top ten.

While us Melburnians aren't able to get to the cinemas anytime soon, other states certainly have the opportunity to keep supporting the film industry over the coming weeks with these new releases.

That's not all though...

In short, all of this has meant that The Invisible Man has gone on to be the year's fifth highest grossing film, only behind Bad Boys For Life, Sonic The Hedgehog, Dolittle and Birds Of Prey: And The Fantabulous Emancipation Of One Harley Quinn. The film has brought in an impressive $125,958,792 since its February release.

Oh yeah, and there's a horror movie right there on my TV as well...

Interestingly, horror movies have come out as the big box office winners out of this trash fire of a situation. Maybe it's because horror movies can actually help us move through traumatic experiences (as referenced here) but the US box office has seen films like The Wretched, Becky and Followed all claim the #1 spot over the past 10 weeks.