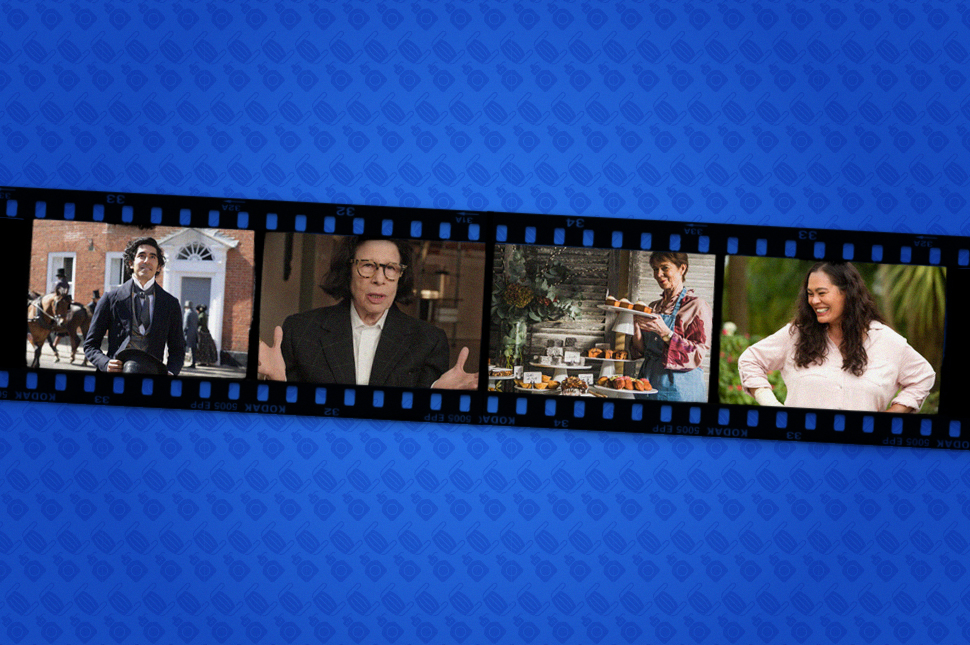 Sure classics are great to see at the cinema, but you've been hanging for some new films to come out, right? Well, today's the big day my friend as a whole bunch are dropping. There's no blockbusters just yet (I'm looking at you, Tenet), but at least there's a bit more choice for you now. Kinda.

The first hurdle is obviously whether you want to go back to the cinema. But cinemas are doing their darnedest to lure you back in by outlining what safety measures they're undertaking to keep you safe. The exact details vary from cinema outlet to outlet, but in the most part you can expect:

So if that sounds good, what can you actually see? While the big Hollywood releases are still over a month away (Tenet is due to drop 13 August, Mulan on 20 August - and that's assuming their release dates don't get pushed back again, ostensibly due to the worsening COVID situation in America), there is some smaller fare to give you a big screen fix until then. We've given them a shallow sniff test to see if they're worth checking out.

The Personal History Of David Copperfield

Logline: A fresh and distinctive take on Charles Dickens’ semi-autobiographical masterpiece, The Personal History Of David Copperfield, set in the 1840’s, chronicles the life of its iconic title character (played by Dev Patel) as he navigates a chaotic world to find his elusive place within it. From his unhappy childhood to the discovery of his gift as a storyteller and writer, David’s journey is by turns hilarious and tragic.

Why see it: Aside from the name cast (Dev Patel! Gwendoline Christie! Tilda Swinton! Benedict Wong!), it's written and directed by Armando Iannucci, so you know his biting satire will build on Charles Dickens' already scathing take on British society. And we can only hope Peter Capaldi takes a Malcolm Tucker-esque sweary turn like he did in an earlier Iannucci collab The Thick Of It.

Logline: Determined to fulfil her late mother's dream of opening a bakery in charming Notting Hill, 19-year-old Clarissa enlists the help of her mother's best friend Isabella and her eccentric estranged grandmother Mimi. These three generations of women will need to overcome grief, doubts and differences to honour the memory of their beloved Sarah while embarking on a journey to establish a London store filled with love, hope and colourful pastries from all over the world.

Why see it: Look, we could be wrong but it sounds like it's a weepy yet uplifting film judging by the trailer. If that's your thing, go for it. For us though, it will be the sight of all those baked goods writ large on the big screen that will have us drooling happily for 90-odd minutes.

Logline: The Booksellers dives into the world of rare book dealers and collectors. Dreamers, intellectuals, eccentrics, these antiquarians play an essential role in preserving the history and future of the printed word. A loving celebration of book culture, the documentary offers a rare glimpse of many unique objects and the obsessive hunt for the next great find.

Why see it: It seems like it's a straight-forward look at the life of rare book dealers and the challenges younger people face if they go into it (as with most matters on the printed word, internet = death), but we're hoping to god they find someone that's exactly like Bernard Black from Black Books (or at the very least, a Manny).

Logline: A family weekend in southern Tunisia turns into a nightmare when a fathers entire world comes apart after his 11-year-old son is gravely injured in a terrorist shootout as is in dire need of an organ transplant. When driving home from southern Tunisia, Fares and Meriem's car is hit by a stray bullet during an ambush by an armed group; their young son Aziz's liver is punctured. At a local hospital, the need for a transplant uncovers a secret that risks Aziz's life should a donor not be found in time. But this is only the beginning of the unexpected twists in a story so deftly crafted that it offers both a probing look at Tunisian society's anchored social and legal realities, and an unshakable need to ask yourself what you would do in the same situation.

Why see it: We'd say this is one of those films that you'd see to appreciate the finer aspects of filmmaking - it looks well acted and shot for example. But this you'd need to read the warning on the label first - it looks as heavy as shit and an emotional rollercoaster. We're not sure that in these times, if you're looking for a bit of escapism, a film about an 11-year-old kid bleeding out is the thing you want to see.

Logline: Ross (Marshall Napier) has farmed the land all his life, just as his father and grandfather did before him. A largely silent man, Ross farms the land alongside his far more exuberant wife Beth (Annie Whittle), who is an eager participant in the local choir and a friend to many. When Beth suddenly dies, Ross is crushed but incapable of displaying his emotions. His son Bruce (Cohen Holloway) moves back in and tries to help, but is not suited to the farming life and also has great difficulties in expressing himself. Around them, their friends realise the difficulties, and pitch in to help.

Why see it: After a run at last year's Sydney Film Festival, this now gets a general release. At first pass it looks like this will be one of those quaint, charming and amusing takes on rustic life that New Zealanders seem to do so well. And something simple like that right about now might be just what's required.

Red Shoes And The Seven Dwarfs

Logline: Princes who have been turned into Dwarfs seek the red shoes of a lady in order to break the spell, although it will not be easy. A parody with a twist. Based on the German fairy tale by the Brothers Grimm.

Why see it: We're not sure actually. The only reason we can think of is that it's the only new release for kids these school holidays. But even then, if something like Sonic The Hedgehog is still hanging around, go see that instead. We're surprised this is still getting released actually as we thought the movie had been cancelled after the bodyshaming uproar that occurred when a trailer and poster was first revealed back in 2017. And after the tepid reviews so far, maybe it shouldn't have.